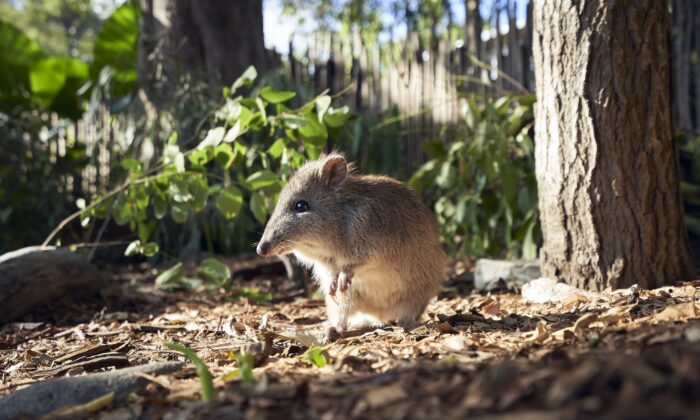 An increased number of potoroos—a rabbit-sized kangaroo—has been detected in the Barry Mountains, a bushfire impacted area in Victoria, as the endangered marsupial shows signs of recovery after the Black Summer bushfires destroyed over 70 percent of its habitat.

In Dec. 2021, a remote camera monitoring survey conducted in the area by the government’s Bushfire Biodiversity Response and Recovery Program confirmed that the species had survived the fires and were found at 35 of 120 surveyed locations.

On March 2022, environment minister Lily D’Ambrosio announced that this has increased to 53 sites across over 300,000 hectares of land.

She said that the land is in a vulnerable state for the next few years due to the 2019-2020 bushfires, which killed over three billion animals, with the complete loss of some species believed to be permanent.

“The bushfires had devastating effects on our wildlife and biodiversity—that’s why it’s so important we continue supporting their recovery so they can survive and thrive,” D’Ambrosio said.

The long-footed potoroo is one of the world’s rarest animals found only in Australia, particularly Victoria and south-eastern New South Wales.

To aid in the recovery from the fires, an expanded fox baiting program is also underway in the Barry Mountains to safeguard the potoroos.

“The program has continued annually since then, covering an area of approximately 45,000 hectares,” Johnson said.

“In response to the Black Summer fires, we are expanding the program to over 229,000 hectares to support the species’ recovery.”

Johnson said 10,080 baits would be buried, which is the most effective method because it makes them less likely to be removed by birds, attacked by ants, or deteriorate in the summer.

“These baits could pose a risk to domestic animals, and we ask nearby landholders to ensure their dogs and other pets are confined to their property,” he said.

The 2019-2020 mega-fires burnt over 17 million hectares across Australia and at least one billion animals. Conservative estimates project that 49 threatened species have more than 80 percent of their habitat burnt.