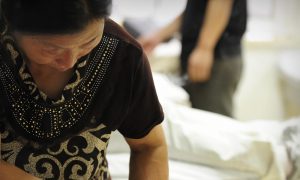 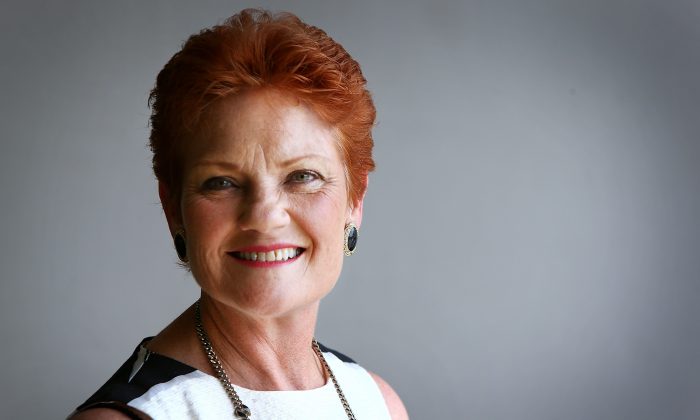 Senator Pauline Hanson, who leads the nationalist One Nation Party, said the ruling center-right Liberal-National Coalition should do more to protect the domestic baby formula supply from Chinese syndicates that capitalise on the 166 percent profit—more than A$80 ($57.30)—for each tin when on-sold in China.

“We’ve known for a very long time that Chinese syndicates have been stripping shelves of supermarkets and chemists across the country in order to send the product overseas,’’ she told News Limited. “They’re getting more than double their money back and the government have done nothing to curb the behaviour.’’

“We’ve known for a very long time that Chinese syndicates have been stripping shelves of supermarkets & chemists across the country…the Government have done nothing to curb the behaviour,’’@PaulineHansonOz@viellarisr @couriermail https://t.co/4u1r6ZIIEl

The senator said Singapore and other countries have already prohibited international travellers from buying their product to resell overseas. “They could also confiscate the product sent by airmail when scanning mail destined abroad,” she said.

‘It’s a huge industry … you would get jobs going, and actually, bring a lot of money into the country.’

Hanson’s remarks came after a fifth person was arrested on suspicion of being part of a syndicate that allegedly steals baby-formula. The five individuals, all Chinese, are soon due to face court over A$1 million-worth ($716,318) of stolen baby formula after a police raid in Sydney last year.

New South Wales Police confiscated 4,000 tins of baby formula, large quantities of vitamins, and Manuka honey from two homes in Carlingford back in August 2018. Strike Force Dungv investigators also seized more than A$215,000 ($154,030) in cash from one of the properties, which is claimed to be proceeds from crime.

Supermarket groups have tried to introduce a limit of two baby formula tins per individual shopper but many Chinese shoppers simply return to the supermarket multiple times until the shelves are empty.

The milk scandal killed at least six babies in China who suffered from kidney stones and other kidney-related damage. At least 240,000 babies were diagnosed with kidney problems from drinking domestically-manufactured milk powder.

Hanson revealed her daughter Amanda, 41, is one of many Australian parents affected by baby formula shortages due to the high demand from China.

“My daughter went through enormous problems getting her hands on baby formula with her first son and the problem continued when she had her second because of this very issue,” the senator said. “I do not know why the government has not taken steps to stop the export of baby formula, which is meant for Australian consumers.”

She also asked Australian Prime Minister Scott Morrison to do more to protect the sustainability of the country’s dairy farmers, suggesting fair trade protections would guarantee a decent profit and encourage the industry to produce dairy products domestically instead of selling the farm to overseas buyers.

“Our government continues to allow dairies and other farming ventures to be sold off to Chinese companies who are simply shipping the fresh product by the planeload to China,” she said. “If they shore up our dairy industry again with prices farmers can make a buck out of, they’ll return to the industry and Australia will create surplus milk, which can be used to establish baby formula facilities that the growing Chinese population is craving.”

The Department of Foreign Affairs and Trade regulates neither small quantities of baby formula posted to China nor re-exported foreign-made baby formula like A2.

“When you see the queues of Asians and Chinese lining-up to buy the [baby] milk powder and leaving the country, I do not think that is right,” Hanson told 9 News Queensland on Jan. 22. “I think the government should be doing something about it.”