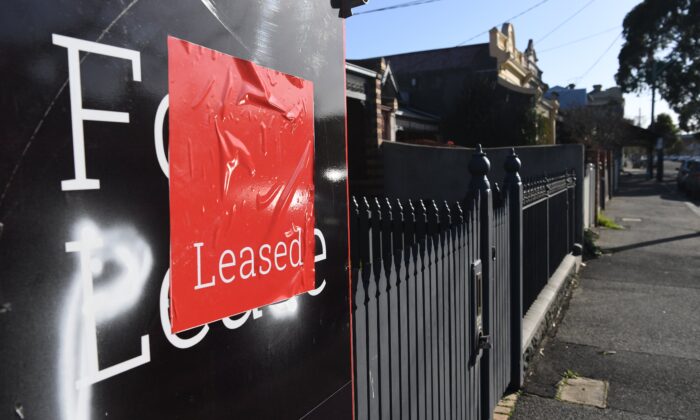 Australia has entered into a deep rental crisis, with tenants facing increasing competition for the diminishing pool of available rental homes, driving up rents by almost 12 percent across capital cities in the last 12 months at an accelerating rate.

SQM Research revealed the national vacancy rate fell to one percent in March, the lowest level since 2006 (pdf).

“The rental crisis has deepened with rental vacancy rates across the country falling to just 1 percent. As a result, market rents have exploded,” SQM Research Managing Director Louis Christopher said. “Some of our capital cities and regions are recording asking rental increases in excess of 15 percent over the past 12 months.”

In the smaller capital cities, vacancy rates are edging towards zero percent, while in Sydney and Melbourne, it fell below two percent.

Plunging vacancy rates continue to drive up asking rents, with the capital city asking rents rising up a further 2.2 percent in the month to April 12.

In the past 12 months, capital city rents for houses have recorded increases of 14.7 percent and unit rents have increased by 11.2 percent.

Inner-city rents have also jumped significantly, with unit rents in Sydney CBD lifting 5.5 percent and Melbourne CBD up 7.4 percent in the 30 days to April 12 alone.

Brisbane is the capital city that has recorded the largest 12 month combined rental increase, up 15.2 percent, driven by a 21.2 percent increase for house asking rents.

Domain said in its vacancy rate report for March 2022, that the first month following the opening of international borders and all domestic borders has placed further pressure on an already strained market.

Christopher noted Australia needed an “immediate solution,” but neither of the major two parties had put forward any policies that focused on housing.

“We definitely need to see more detailed policy come out from the major parties,” he told the ABC. “Whether that be a ramp-up and rental relief in various states and territories [or] more rebates on offer, we need something right now for this current rental crisis.”

Nerida Conisbee, the chief economist at real estate group Ray White, previously told The Epoch Times that one key factor to addressing this issue was to make sure enough houses were being built.

However, she noted that the construction industry was currently experiencing their own problems, with blocked supply chains, labour shortages, and timber issues driving up construction costs.

“So year’s going to be pretty challenging for renters, because not only are we going to see more people moving into our cities and regions, but we’re also going to see some problems [when] trying to increase the supply of housing, which is really going to be driven by rising construction costs,” she said on March 30.

Conisbee said the overall housing situation was “obviously a challenge,” as properties for sale remain out of budget and rents continue to increase.

Tenants would be forced to look for smaller accommodation or move further away, she said.