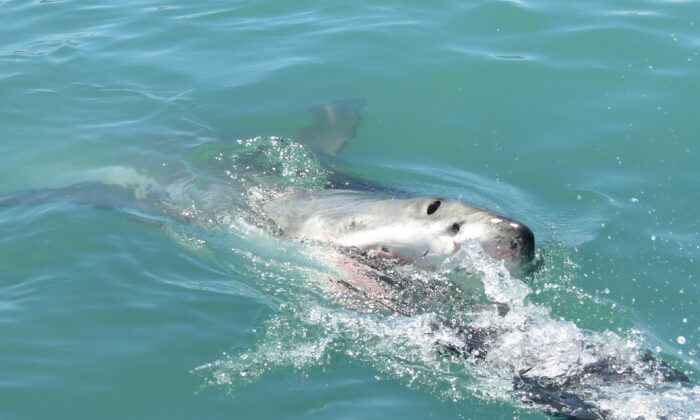 Two teenagers have a family to thank for their lives after being attacked by a shark at Ocean Grove Beach, 113 km southwest of Melbourne on Monday evening.

The Hobbs family, Peter, Dianne, Ella, and James, were in the surf having fun at around 7 p.m. on Monday when they noticed a commotion with two teenagers nearby, Peter Hobbs told the Today Show.

Initially, the family just thought the two were playing, but soon they started yelling that they’d been bitten by a shark.

“We were still in a state of disbelief, but we just went into action stations really,” Hobbs said.

Dianne Hobbs, a former trauma nurse, said the girl received a bite to the lower leg, which they were able to tourniquet, as well as a bite to the hand, whereas the boy was bitten on the back.

Peter called an ambulance while two volunteer surf lifesavers helped Dianne and the kids tend to the teenagers.

Peter recalled that he was nervous when his son James actually paddled out on his board to help the teenagers, but said he was proud of him and all the family for the way they handled the incident.

Dianne said the teenage girl remained calm and reponded well, and the boy managed to keep his sense of humour throughout the ordeal. “I guess shock is an amazing thing in these situations,” she said.

She also praised the ambulance officers for arriving quickly.

When asked if the family were comfortable with being hailed heroes. Dianne said: “I don’t know, you’re just in the right place at the right time and then you just use the skills I guess that you have to help others.”

Both teenagers were taken to  University Hospital Geelong in a stable condition, and the boy has since been discharged.

Life Saving Victoria said that lifeguards thoroughly assessed Ocean Grove Main Beach on Tuesday morning and that there was no sign of a shark. The beach was reopened at around 11 a.m.

According to the Australian Shark Incident Database, no other unprovoked shark attacks have been recorded in Victoria in 2021, while New South Wales (NSW) and Western Australia have experienced six attacks each, and Queensland has experienced one.

No unprovoked attacks have been reported in the other states or the Northern Territory in 2021.