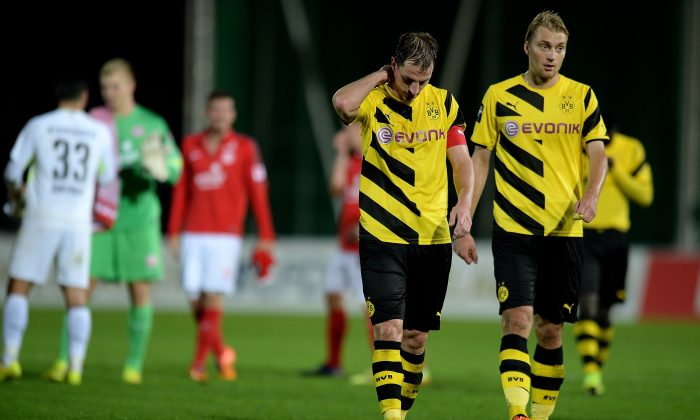 Augsburg and Borussia Dortmund will meet in a Bundesliga match on Friday, August 29.

The game will be broadcast on Sky Go Deutschland, Sport1.FM in Germany.

Augsburg are 4/1 to win the match, while Dortmund are 3/4 to take the game, according to OddsChecker.

FRANKFURT, Germany (AP) — Despite predicting that his injury-hit team would struggle in the first half of the season, Pep Guardiola’s Bayern Munich got off to a winning start in its bid to win a third consecutive Bundesliga title.