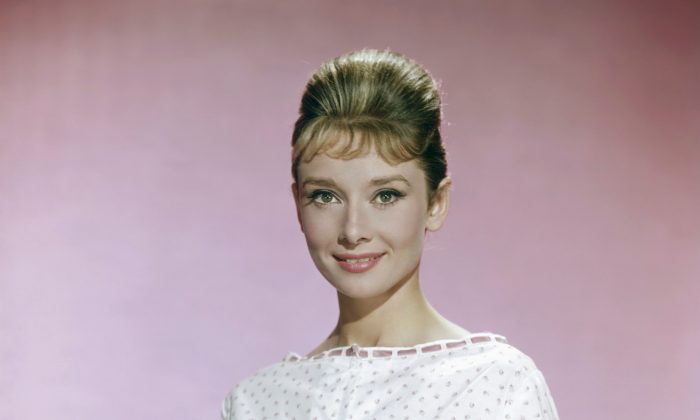 Audrey Hepburn, known for her roles in the classic Hollywood films “Breakfast at Tiffany’s” and “Roman Holiday,” also played a more dangerous role as a teenager: a Resistance spy against the Nazis.

The icon, who died in 1993, kept most of her life quiet, despite the fame. Throughout the years, she hinted about her involvement with the Dutch Resistance during World War II.

In a new book, “Dutch Girl: Audrey Hepburn and World War II” author Robert Matzen sheds light onto the little-known areas of her life during that period.

“For all that she would become—Academy Award-winning actress, Givenchy fashion plate, and international jet setter so at home on the Riviera or in Rome or Paris—the war years remained all too close,” Matzen wrote, according to the New York Post.

Her work as a spy with the Dutch Resistance against the Nazis may come as a surprise since her parents were Nazi sympathizers.

Despite being born into an upper-class family in 1929, Hepburn grew up rather poor. Even with her mother’s status as Dutch noblewoman, Hepburn said, “My mother didn’t have a dime.”

On top of that, her parents divorced when she was 10, which was hard on her.

“It tortures a child beyond measure. They don’t know what the problem was. Children need two parents for their [emotional] equilibrium in life,” she said, according to the New York Post.

That was the year World War II broke out.

When German troops invaded the Netherlands in 1940, Hepburn recalled, “The first few months, we didn’t know quite what had happened … I just went to school.”

Despite the town being overrun with German signs and swastikas, the only thing that Hepburn noticed were the contents of lessons, according to the New York Post.

“In the schools, the children learned their lessons in arithmetic with problems like this: ‘If 1,000 English bombers attack Berlin and 900 are shot down, how many will return to England?'” Hepburn recalled.

The turning point came in 1942 with the death of her uncle, Otto van Limburg Stirum, according to the New York Post. Hepburn’s uncle was captured, forced to dig his own grave, tied to a stake, and then executed.

His death caused Hepburn’s mother to turn against the Nazis and switch her allegiance to the Resistance.

Dancing was one of the ways Hepburn helped when she joined Dr. Hendrik Visser ‘t Hooft’s underground Resistance in 1944, where she would perform at illegal events to raise funds for the cause.

In addition to dancing, Hepburn also delivered a newspaper by the resistance, known as the Oranjekrant. It was about the size of a paper napkin, as paper was in short supply, according to the New York Post.

Hepburn was able to avoid suspicion, as she was just a teenager.

Having been educated in England when she was young, Hepburn also spoke English. Because of that, she also carried messages and food to Allied pilots who had been shot down.

When she was 15, Hepburn’s family even harbored a downed English pilot, “hiding him in their house, much like Anne Frank,” according to the New York Post.

The Allied troops liberated her town when the war ended. However, when Hepburn and her mother rushed out of their home, they were met with guns pointed at them.

Hepburn quickly called out in English. The troops lowered their guns and cheered, with one soldier crying out, “Not only have we liberated a town, we have liberated an English girl!”

According to the New York Post, her son said, “The war was very, very important to her. It made her who she was.”

Tiffany Meier
Follow
Tiffany Meier is a New York-based reporter and host of NTD's "China in Focus" and "Deep Dive."