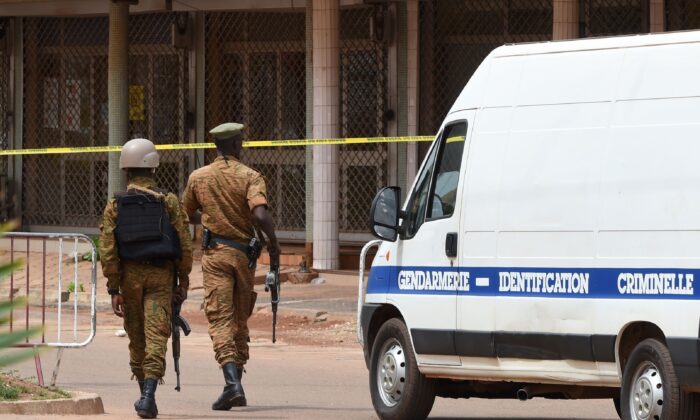 OUAGADOUGOU—At least 35 civilians were killed and 37 injured in northern Burkina Faso on Monday when a vehicle in a convoy hit an improvised explosive device (IED), the interim government said in a statement.

The escorted supply convoy heading to the capital, Ouagadougou, hit the IED between the northern towns of Djibo and Bourzanga, an area where Islamic terrorists have escalated attacks on villages, police, and military outposts since 2015.

“Escorts rapidly secured the perimeter and took measures to assist the victims,” the military government said in a statement.

Insecurity has risen across West Africa’s Sahel over the past decade as groups with links to al-Qaeda and ISIS terrorist group have gained ground, killing thousands and displacing over a million people despite the presence of foreign troops and United Nations peacekeepers.

But levels of violence have remained high.

Nearly one in 10 people in Burkina Faso has been displaced by conflict and severe food insecurity has almost doubled compared to 2021 as fields and livestock are abandoned, according to the Norwegian Refugee Council.