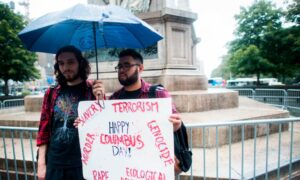 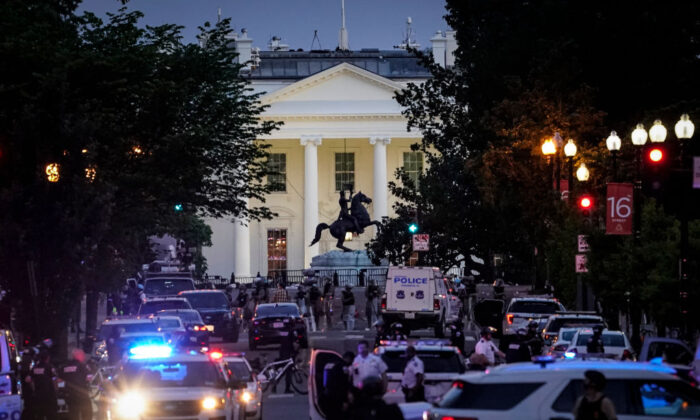 A large law enforcement response is seen near the White House after a protest was dispersed on June 1, 2020 in downtown Washington, DC. (Drew Angerer/Getty Images)
Australia

An Australian news crew has been shot with rubber bullets and assaulted by police in the United States while covering protests outside the White House.

Network Seven cameraman Tim Myers was hit with a riot shield and punched in the face, while reporter Amelia Brace was clubbed with a truncheon.

Both were shot with rubber bullets and struggled to breathe after tear gas was thrown at the crowd.

Prime Minister Scott Morrison described the attack as “troubling” and has asked for an investigation.

Morrison has spoken to Seven to check on the crew’s welfare and offer his government’s support, should they wish to pursue a formal complaint against police through the Australian embassy.

He also ordered the embassy to investigate the incident and register Australia’s “strong concerns” with local authorities.

Watch the shocking moment #7NEWS reporter @AmeliaBrace and our cameraman were knocked over by a police officer LIVE on air after chaos erupted in Washington DC. pic.twitter.com/R8KJLnfxPN

Albanese said Australia’s ambassador to the United States should make representations on their behalf.

“In a democratic society the role of the media is critical, and it’s important the media are able to report on events, including crises such as we’re seeing in the United States, free from harassment,” he told reporters.

“The violence that has occurred towards members of the media is completely unacceptable.”

“The Department of Foreign Affairs and Trade is intensely focused on the safety and welfare of Australians,” he told reporters.

A Nine Network crew was detained and searched by Minneapolis Police on Monday.

Reporter Tim Arvier said his cameraman and security guard were handcuffed but the officers were respectful and soon let the Australian crew go.

The Media, Entertainment and Arts Alliance has written to the U.S. ambassador in Canberra to protest the attacks on journalists covering the civil unrest.