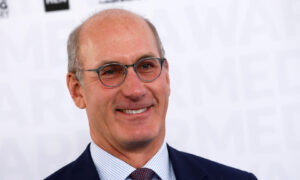 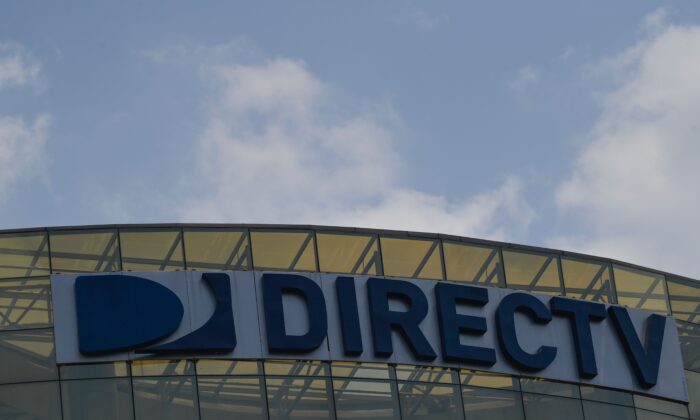 The DirecTV broadcast satellite service provider logo at its headquarters in Caracas, Venezuela, on May 19, 2020. (Federico Parra/AFP via Getty Images)
Companies

AT&T said on Wednesday it wrote down its premium TV business, which includes satellite television unit DirecTV, by $15.5 billion, reflecting the impact of years of cord-cutting in the industry as viewers move to cheaper online streaming services.

The fourth-quarter writedown comes as sources have told Reuters AT&T has entered into exclusive talks to sell a minority stake in DirecTV to private equity firm TPG in a deal seen valuing the division at above $15 billion.

AT&T purchased DirecTV for $68 billion including debt in 2015.

The company said it also took a $780 million writedown on its WarnerMedia business due to the pandemic causing shutdowns on content production and viewers staying away from cinemas.

AT&T Chief Executive John Stankey said during the earnings call with analysts that the writedown was a necessary economic move for the “unfortunate set of circumstances around the pandemic.”

The writedowns partially eclipsed good news from the company’s core wireless business, which added almost twice as many phone subscribers than Wall Street had expected.

The growth was helped by the launch of the new 5G iPhone during the quarter.

AT&T said it expects 2021 revenue growth in the range of one percent, and adjusted earnings per share to be similar to the previous year.

Jonathan Chaplin, an analyst at New Street Research, said in a note on Wednesday AT&T’s outlook was “uninspiring” and it was likely to face disadvantages in the wireless business compared to competitors like Verizon Communications, which appeared onstage during Apple’s launch of the 5G iPhone.

WarnerMedia, the unit that includes HBO Max, posted revenue of $8.6 billion, down from $9.5 billion in the year-ago quarter.

AT&T said it now has 41.5 million U.S. subscribers for both its premium TV channel HBO and streaming service HBO Max in the fourth quarter, up from 38 million the previous quarter.

Total operating revenue was $45.69 billion, beating analysts’ estimates of $44.56 billion, according to IBES data from Refinitiv.

Shares of AT&T were down less than one percent at $29.48 in morning trading.

By Sheila Dang and Eva Mathews