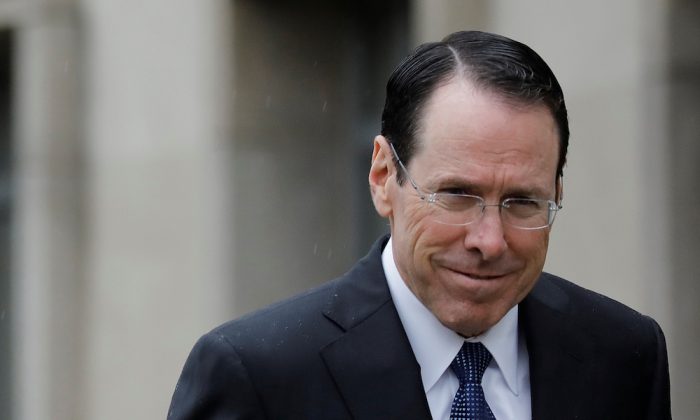 By Diane Bartz and David Shepardson

Speaking in U.S. District Court in Washington, Stephenson addressed himself to Judge Richard Leon who will decide if the $85 billion deal may go forward. He said that he wanted to combine what AT&T knew about its customers with Time Warner’s ability to create compelling content.

Stephenson disagreed with the government’s assessment that the transaction would mean higher prices for consumers. “On its face, the premise is absurd,” he said. “It literally defies logic to me.”

Instead, the deal would help AT&T, which owns the biggest pay TV company DirecTV, build a cheaper online product that could be partially sustained through advertising, he said.

The government has argued that the proposed deal would spur AT&T to charge its pay TV rivals more for Time Warner content, in particular the Turner family of news and sports shows. It has also said that the combined company would have an incentive to decline to offer content to cheaper online video services in order to slow their development.

The Justice Department introduced an email exchange between Stephenson and Facebook chief executive Mark Zuckerberg in which the pair discussed ways they could work together on advertising, but Stephenson said nothing came of the exchange.

Like Bewkes, Stephenson dismissed the idea that AT&T would seek to use Time Warner content exclusively, saying the best financial strategy was to ensure it was as widely seen as possible.

Stephenson said that AT&T had initially thought to buy several small content companies – a “string of pearls” – but when that failed it decided to pursue one large company in Time Warner, a “head-snapper moment.”

He telephoned Bewkes to invite him to lunch, Stephenson said. “A quick lunch turned into a very long afternoon,” he said, as they began to discuss a deal. “We both got very excited about it.”

But Stephenson also acknowledged sending an email that expressed concern that Time Warner was taking a stake in the online service Hulu, apparently concerned that it would hurt AT&T’s online product.

Judge Leon asked Stephenson about AT&T’s offer to go to arbitration with rival pay TV companies if they feel that they are being charged too much for Time Warner content. The arrangement is similar to one struck between the Justice Department and Comcast when it won approval to buy NBCU. Both are good for seven years.

“You modeled that on Comcast?” Leon asked.

Following Stephenson, the government called Ron Quintero, an accounting expert who had evaluated AT&T’s estimated cost savings and revenue increases used to defend the proposed merger. Quintero said that in many of its calculations, AT&T simply estimated a percentage reduction in expenditures with no data to support it.

The trial, which began in mid-March, is expected to wrap up this month.