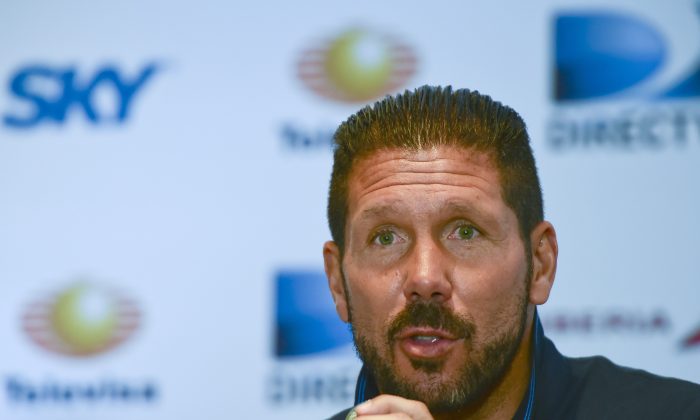 Atletico de Madrid's coach Diego Simeone speaks during a press conference in Mexico City, on July 29 2014. The Atletico de Madrid is in Mexico for a match against America of Mexico next July 30, in the framework of the Copa Euroamericana. (RONALDO SCHEMIDT/AFP/Getty Images)
Soccer

Atletico Madrid and America are set to face off in a 2014 Copa EuroAmericana match on Wednesday, July 30.

The game will be broadcast on Canal+ Liga / HD in Spain, as well as beIN Sports USA, beIN Sports en Español in the United States.

Atletico are 4/5 to win the match, and America are 16/5, according to OddsChecker.