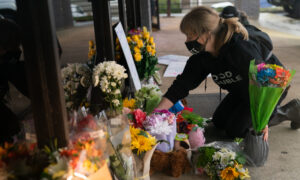 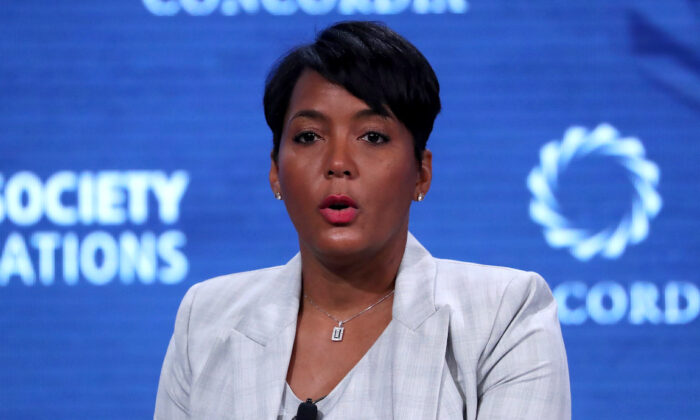 Speaking at Wednesday’s virtual State of the City Address, the Democrat said she was also working with the city council to enact a retention bonus as part of the plan to reduce rising crime rates and gun violence.

Bottoms said the 250 Atlanta police officers would be hired and patrolling within the next fiscal year, which begins July 1, and that there are currently three recruitment classes with a total of 90 recruits in the pipeline.

“I have said before that Atlanta is not alone in the rise in gun crimes we’ve seen over the last year,” Bottoms said.

“That is not an excuse, it is a fact. But just as we have overcome challenges in the past, Atlanta will get to the other side of this COVID crime wave, and we will get this violence under control.”

Atlanta initially saw a nine percent decrease in crime last year but this figure had changed amid the coronavirus pandemic and major cities nationwide have reported a rise in murders and aggravated assaults.

“Our court system effectively shut down, people lost jobs, loved ones died, and our crime began to spike,” Bottoms said.

The Mayor noted the recent string of massage parlor shootings that left eight people dead, the majority of whom were Asian Americans.

Bottoms called gun violence “a public health emergency” and said Atlanta Police officers have arrested 216 people in gun-related incidents since the start of 2021.

Elsewhere during Wednesday’s speech, the Democrat also spoke of her administration’s response to crime, affordable housing, homelessness, the pandemic, and the social unrest last summer, a moment which she said, “demanded acknowledgment and action.”

“Even before the unrest, our administration had begun the hard work of looking inward at the policies and practices of the Atlanta police department,” Bottoms said.

“Many of our officers were already following guidelines outlined by President Barack Obama’s task force on 21st century policing. Those guidelines call for a change in culture in policing and embraces working with communities to tackle the root causes of crime,” she added.

Bottoms went on to explain that federal money will be used to fund crime reduction programs and two new At-Promise Youth centers in southeast and southwest Atlanta to improve community policing efforts.

The Mayor called the current training spaces for public safety personnel “too small, too old and not up to technological standards,” and pledged to work with business and philanthropic leaders to build a new “top-notch training facility.”

“I’m confident that at the end of this work, Atlanta will influence public safety policies across the nation,” she added.