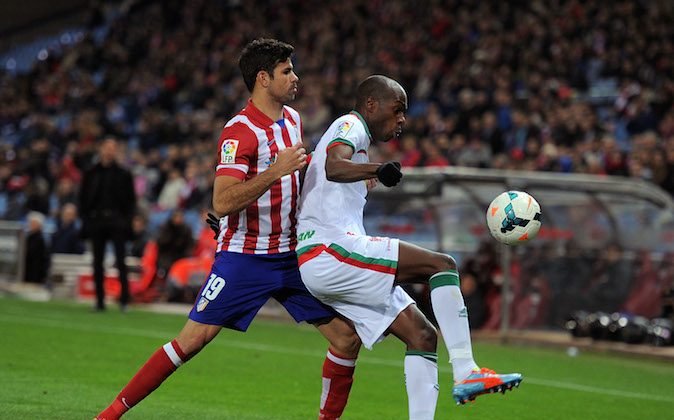 Here is an AP article on Atletico.

Atletico may be in the driver’s seat but it has the toughest schedule of all the three contenders with five away matches in the eight remaining rounds. After visiting fourth-place Bilbao, it travels to Getafe, Valencia, and Levante before ending the season at Barcelona.

Atletico has already won at Bilbao this season in the Copa del Rey, becoming the first visitor to emerge victorious from the new San Mames Stadium.

“Recently, the newspapers have constantly been talking about there being nine, eight, seven games left, who plays who – but I don’t look at that because it gets me nervous,” Atletico coach Diego Simeone said.

“If we think about those things, we won’t get anywhere. We must only think of each game as being a final. It’s the only way.”