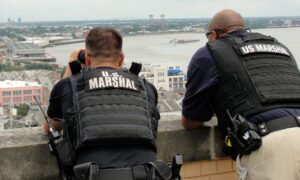 UPDATE: Ohio Attorney General and Pike County Sheriff release a joint ‘what we know’ statement on Union Hill Road shootings; appear to be unsure if the shooter is dead or alive.

“…Confirm that at least seven individuals are dead in what appears to be execution-style killings,” the statement reads. “They were found in three Union Hill Road homes in Piketon.”

UPDATE: Local media has reported a nearby pastor confirmed 2 adults and 5 children have been killed in the shootings; and that the lockdown of several area schools has been lifted. [Editor’s note: New information from the Sheriff says it was 7 adults and 1 teen killed]

Seven family members are reported to have been found dead in a house in southern Ohio.

According to several local media reports, there is still an “active shooter” situation at the home, which is located in Pike County, 70 miles east of Cincinnati.

The Ohio Bureau of Criminal Investigation (BCI) has been quoted saying that they “are sending everybody” to the scene; crime scene investigators, special investigators, criminal intelligence agents, and cyber crime investigators.

BCI has reported several schools near the Peebles and Pike counties have been placed on lockdown due to the Pike County Sheriff’s Office’s search for the gunman—whose whereabouts is still unknown.

The sheriff’s office is not taking calls at this time.

We’re at the south end of Union Hill Rd. Police have it blocked off at Laurel Ridge. @WCPO pic.twitter.com/ZgLShCP1p2

#FBI Cincinnati is closely monitoring the situation in Pike County and has offered assistance to the Pike County Sheriff’s Office. #BREAKING

We’ll continue to monitor this closely and the state will work w/ local law enforcement however we can. -John 2/2 https://t.co/ez69UUXVdM