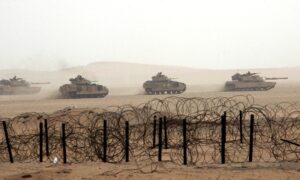 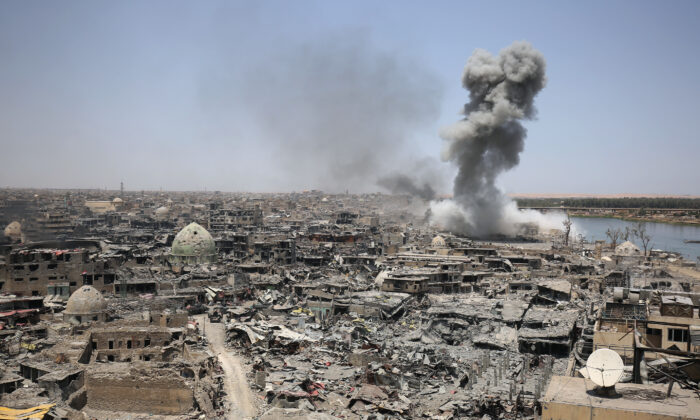 At Least 22,000 Civilians Killed by US Airstrikes Since 9/11: Watchdog

At least 22,679 civilians have been killed in U.S. airstrikes during the past 20 years in the global war on terror, according to the latest figures from the watchdog Airwars.

The United Kingdom-based Airwars released its report on civilian deaths on Sept. 6, ahead of the 20th anniversary of 9/11. Over the past two decades, the United States has initiated at least 91,340 airstrikes spanning seven countries, Airwars said.

The deadliest period was during the invasion of Iraq in 2003, when at least 5,529 civilians were killed in airstrikes, Airwars said. After 2004, civilian deaths from airstrikes largely stayed under 1,000 per year until the rise of ISIS.

“Campaigns to force ISIS from the Iraqi city of Mosul and the Syrian city of Raqqa in 2016-2017 saw some of the most intense urban fighting since the Second World War,” Airwars said. “In Raqqa alone, Coalition strikes reportedly killed at least 1,600 civilians.”

Airwars noted that the estimated 22,679 deaths is a conservative figure, and that as many as 48,308 may have died from U.S. airstrikes. A lack of government transparency and the overall fog of war make it difficult to get a precise body count.

“The gap between these two figures reflects the many unknowns when it comes to civilian harm in war. Belligerents rarely track the effects of their own actions—and even then do so poorly,” Airwars said. “It is left to local communities, civil society, and international agencies to count the costs.”

The organization said it approached U.S. Central Command (CENTCOM) for its project and was told that data on civilian harm isn’t readily available.

“The information you request is not immediately on hand in our office as it spans between multiple operations/campaigns within a span of between 18 and 20 years,” CENTCOM said, according to Airwars.

Internal government documents obtained by The Intercept show further flaws in how the military tracks civilian deaths from airstrikes. Those documents, dubbed the “Drone Papers,” reportedly showed that the military designates people it kills in targeted strikes as EKIA—“enemy killed in action”—even if they were not the intended targets of the strike.

“Unless evidence posthumously emerged to prove the males killed were not terrorists or ‘unlawful enemy combatants,’ EKIA remained their designation,” The Intercept said, citing the source who leaked the documents.

Critics of the airstrikes have warned that their resulting civilian deaths could lead to “blowback”—a term coined by the CIA to describe how U.S. operations abroad could result in unintended consequences at home.

One possible example of blowback from the airstrikes came in May 2017, when UK civilian Salman Abedi killed 23 people in a suicide bombing outside of Manchester Arena following a concert by Ariana Grande. Abedi’s sister reportedly said at the time that his actions may have been inspired by a desire for revenge for dead civilians in Syria.

“I think he saw children—Muslim children—dying everywhere, and wanted revenge.” Abedi’s sister told The Wall Street Journal. “He saw the explosives America drops on children in Syria, and he wanted revenge.”

Regardless of whether U.S. airstrikes result in blowback, Americans should be outraged at their government killing innocent civilians, says Maha Hilal, co-director of the Justice for Muslims Collective. Hilal said that this is unfortunately not how most U.S. media outlets present the issue.

“When we talk about the lives of Muslims and civilian casualties, most of the time the concern is about, ‘If we cause too many civilian casualties, will this create hate in the groups being targeted? Will this lead them to become anti-American, and therefore will be some sort of revenge?’” Hilal said on Sept. 1, during a webinar hosted by Brown University’s Costs of War Project—which has estimated that some 387,000 civilians have died in total from the terror wars.

“In other words, the concern is not actually about civilian deaths. It’s about civilians being killed and the possibility that their deaths could create more violence.”

The Department of Defense didn’t immediately respond to a request by The Epoch Times for comment about the Airwars report.