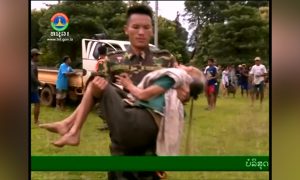 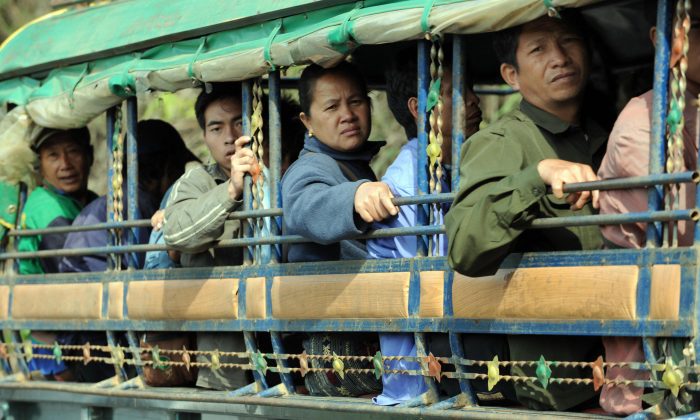 Passengers travel on a truck-turned-passenger bus on a road in Viengxay, in the northern Lao province of Houaphanh on April 4, 2008. (Hoang Dinh Nam/AFP/Getty Images)
Asia & Pacific

At Least 13 Chinese Tourists Killed in Bus Accident in Laos

BANGKOK—At least 13 people have been killed and 31 injured after a bus carrying Chinese tourists slid off a road in Laos, the Chinese Embassy in Vientiane, the Laotian capital, said on Aug. 20

The bus was carrying 44 Chinese and two Laotians—a driver and a guide—when it skidded of the road and plunged into a ravine late Monday, prompting a rescue operation in a mountainous area where road conditions are poor.

The bus was traveling from Vientiane to Luang Prabang, an ancient capital and a UNESCO World Heritage Site popular with tourists some 180 miles (300 kilometers) north from the capital.

Laotian authorities has not determined the cause of the accident, the state-backed Vientiane Times reported.