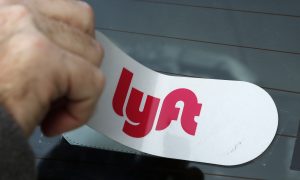 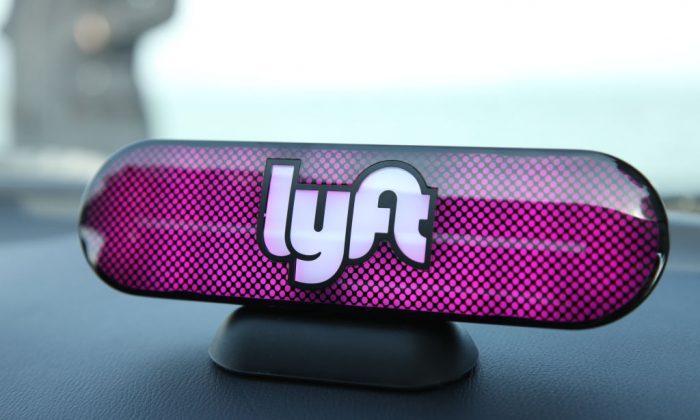 An Amp sits on the dashboard of a Lyft driver's car in a file photograph. (Kelly Sullivan/Getty Images for Lyft)
Companies

BOSTON—Lyft Inc. executives are focused on cutting insurance costs and will phase in self-driving vehicles on simple routes first, they said at a roadshow for investors ahead of the ride-hailing company’s initial public offering set for next week.

Reducing insurance costs is “the number one initiative,” said Chief Financial Officer Brian Roberts at a luncheon at a Boston hotel on March 20 for investors considering whether to buy into the closely watched IPO.

Roberts and Lyft co-founders Logan Green and John Zimmer did not directly address questions from the audience during the hour-long event about when the company might become profitable, citing ongoing investments to build out technology and car-servicing centers.

Lyft reported a net loss of $911 million on revenue of $2.16 billion in 2018, according to its preliminary prospectus.

One audience member asked: “The obvious question is, what revenue do you have to have to get to break even?” Zimmer said that “It’s not necessarily just a question of scale. It’s about beating down those operating costs.”

For instance, Green said the company might look to lower insurance costs by optimizing routes for safety rather than speed.

The leaders also said the company will stay focused on transportation services, unlike rival Uber Technologies Inc. that has expanded into markets like trucking and food delivery.

Uber is also expected to go public soon, with both companies benefiting from the rapid adoption of their services that have already upended the taxi industry.

But some investors have also expressed concerns the ride-hailing industry could itself be disrupted by the rise of autonomous vehicles.

Zimmer said the arrival of such self-driving cars will be gradual over the next 10 years, much as wireless telephone networks have been upgraded. He said Lyft will initially roll out autonomous vehicles on simpler routes that would not stress their systems.

He cited examples such as routes where speeds are below 35 miles per hour, U.S. routes without left-hand turns or tunnels, and during good weather.

In interviews after the event, several investors expressed a range of reactions to the presentation, on condition they not be named per the policies of their firms. Two said they would be more likely to seek to buy into the IPO, which is oversubscribed, although one said: “It’s hard to understand how they differentiate from Uber.”

A third investor echoed the sentiment and noted that many drivers serve both companies.