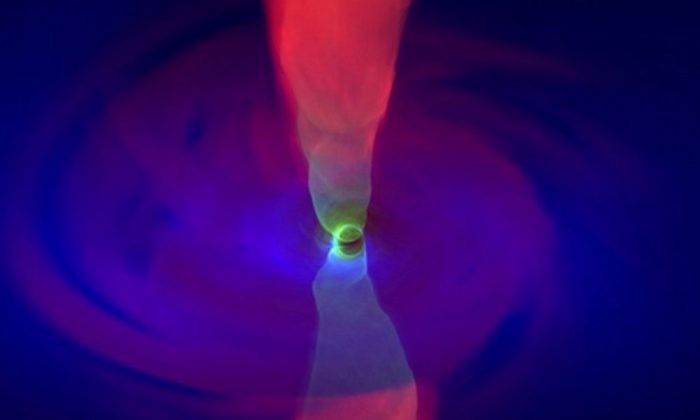 The Event Horizon Telescope project—a network of nine telescopes located around the Earth–is set to take the first-ever photo of a black hole’s event horizon.

The picture will be captured in 2017, and it will be focused on the Sagittarius A, the black hole at the center of the Milky Way galaxy.

She told the BBC: “We’re almost there. The phasing in of the instruments has been done, the receivers are in place and the theoretical work has been done.

“There are quite a few challenges that need to be overcome to take a picture of a black hole – it’s something that’s extremely small in the sky. But what we’re hoping for is a full array observation in early 2017.”

Event horizons are quite the mystery, as they don’t emit or reflect any light, meaning they’re incredibly hard to photograph. The event horizon is essentially the point of no return, the region of space that light and material can’t escape due to the black hole’s powerful gravitational pull. An event horizon would essentially appear as a reverse shadow of sorts, or a halo, around the black hole, some scientists have theorized.

A black hole’s mass is concentrated to a single point deep in its core. The black hole located at the center of the Milky Way is estimated to have a mass equal to around 2,500,000 suns.

“We’ve run upwards of a million simulations, for many different configurations of what that gas might look like,” she said, per RedOrbit. “And in all cases, we think that the 1.3mm wavelength is the right choice to see down to the event horizon.”