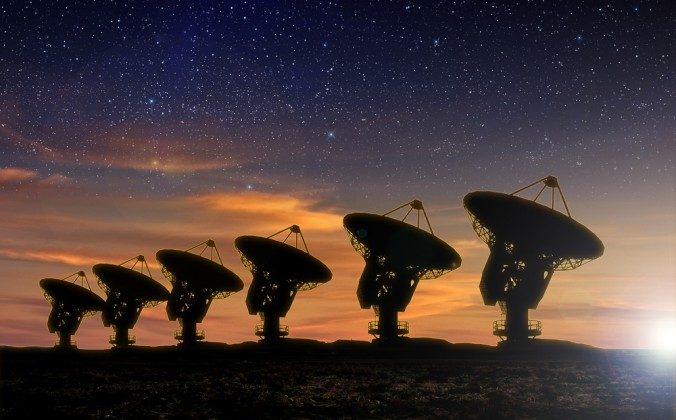 A strong signal from a sun-like star was detected by a Russian telescope according to astronomers.

The star is located in the constellation Hercules, located about 95 light years from earth. The signal was first detected by the Russian Academy of Science’s RATAN-600 radio telescope in Zelenchukskaya in May 2015, but the information wasn’t made public at the time.

The signal appears to originate from HD164595, according to the website Centauri Dreams, which broke the story over the weekend.

“No one is claiming that this is the work of an extraterrestrial civilization, but it is certainly worth further study,” the website says.

“Working out the strength of the signal, the researchers say that if it came from an isotropic beacon, it would be of a power possible only for a Kardashev Type II civilization,” it added, referring to the Kardashev scale—a method for measuring a civilization’s level of technological advancement that was proposed by astronomer Nikolai Kardashev in 1964. A Type II civilization would be able to harness the energy of an entire star and transfer it to the planet.

Seth Shostak, director of the Search for Extraterrestrial Intelligence (SETI), said people shouldn’t get their hopes up, saying there’s a number of different explanations for what caused the signal detection. Signals similar to the one reported on over the weekend have been picked up in the past.

Speaking to Space.com, Shostak said that a potential alien civilization would have to generate “100 billion billion watts” to send the signal out in all directions at once. They would have to produce 1 trillion watts if they wanted to center it on Earth, he said.

“The first number is hundreds of times more than all the sunlight falling on Earth,” he said. “That’s a very big energy bill.”

According to Centauri Dreams “The possibility of noise of one form or another cannot be ruled out … but the signal is provocative enough that the RATAN-600 researchers are calling for permanent monitoring of this target.”

Shostak said he and his team will investigate HD164595, saying his team pointed the Alien Telescope Array telescope in the direction of the star.