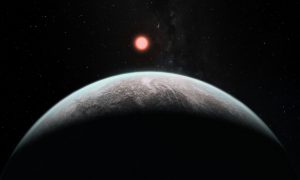 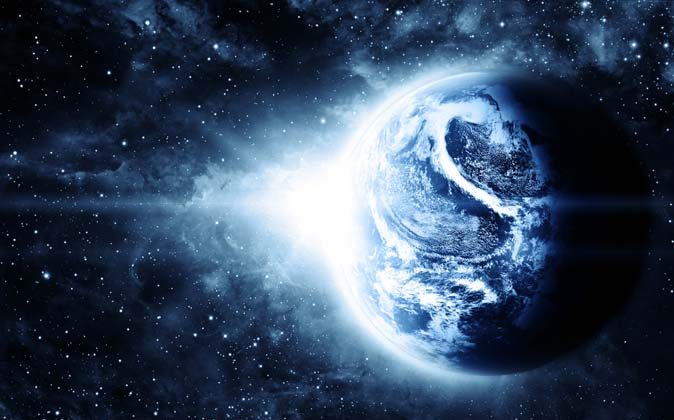 Astonishing ‘Explosions’ and Surprising Shifts in the Planet’s History

At one point in the history of the Earth, the land was pulled toward the equator. The shift was so great, it was like Boston being pulled down to the equator. Then the land moved back again!

Adam Maloof, an associate professor of geosciences at Princeton University, explained in an NPR interview that this massive shift happened 800 million years ago at a rate about 20 inches (50 centimeters) a day, which is breakneck speed in geology. That’s five times as fast as the Earth’s crust is shifting today.

He explained that the globe shifts its weight toward the equator to maintain equilibrium as it rotates. Maloof said that the crust is literally sliding: “The core of the Earth, the outer part, is actually fluid iron, and it has about the viscosity of water.”

Similarly, on a larger scale, scientists have discovered in recent years that the solar system has been a lot less stable since its birth than previously thought.

The astonishing implication was that matter abundantly formed in the inner solar system and shot out to the edge of the solar system.

Astronomer Tom Van Flandern counts these findings from Wild 2 among evidence supporting the Exploded Planet Hypothesis. He has said that over the course of the solar system’s 4.6 billion-year history, some planets in it have exploded.

This is a controversial hypothesis, and Van Flandern has said he’s received pressure from his colleagues to drop it. He became a supporter of this hypothesis while doing research with the intent to discredit it. He received his Ph.D. in astronomy from Yale University, worked for 20 years at the U.S. Naval Observatory, where he became the chief of the celestial mechanics branch, then began independent research on his more controversial interests.

In a paper published in the International Journal of Astrobiology in 2007, titled “The Challenge of the Exploded Planet Hypothesis,” Van Flandern listed off some of the predictions made by this hypothesis that have rung true, including: “(1) satellites of asteroids; (2) satellites of comets; (3) salt water in meteorites; (4) ‘roll marks’ leading to boulders on asteroids; (5) the time and peak rate of the 1999 Leonid meteor storm; (6) explosion signatures for asteroids; (7) the strongly spiked energy parameter for new comets; (8) the distribution of black material on slowly rotating airless bodies; (9) splitting velocities of comets.”

3 Amazing Coincidences in Our Solar System: What Could They Mean?

Some of the objections to the theory include that the mass of said exploded planets is missing in the figuring of materials in our solar system. He counters this objection on his website: “Consider what would happen if the Earth exploded today. Surface and crustal rocks would shatter and fragment, but remain rocks. However, rocks from depths greater than about 40 km [24 miles] are under so much pressure at high temperature that, if suddenly released into a vacuum, such rocks would vaporize. As a consequence, over 99 percent of the Earth’s total mass would vaporize in an explosion, with only its low-pressure crustal and upper mantle layers surviving.”

“Over 99 percent of the Earth’s total mass would vaporize in an explosion, with only its low-pressure crustal and upper mantle layers surviving.”
— Tom Van Flandern, astronomer

While some explanations for how exactly these explosions occurred remain unclear, Van Flandern pointed out that we are no more certain about how the widely accepted phenomenon of “late heavy bombardment” occurred.

Not long after the major planets formed, an unexpectedly large number of asteroids are thought to have collided with the terrestrial planets, including Earth.

Paul Weissman of NASA’s Jet Propulsion Laboratory wrote in his paper “The Impact History of the Solar System: Implications for the Origin of Atmospheres,” that “a plausible explanation for the late heavy bombardment remains something of a mystery.”

“A plausible explanation for the late heavy bombardment remains something of a mystery.”
— Paul Weissman, NASA

NASA’s website explains that planetary migration may have caused the late heavy bombardment.

It states: “One model for our own solar system suggests that our giant planets’ orbits shifted dramatically early in the solar system’s history, with Jupiter’s orbit migrating slightly inward toward the Sun, and those of Saturn, Neptune, and Uranus expanding farther from the Sun. These dramatic movements gave us the order of the planets and smaller bodies that we are familiar with today, and caused many smaller bodies (such as comets) to scatter.”

Pull from cosmic bodies outside of the solar system continues to create changes in the placement of planets, as slow and minute as those changes may appear to us.

The bumpy past of our planet and our solar system is still being investigated and uncovered by scientists. Did the planets form in their present locations, or have they moved around dramatically over the course of history, and have some even exploded? The mysteries of the planet’s history direct the imagination into the future. Does the future hold exploding planets, shifting landmasses on Earth, and planets traveling across the solar system?

*Illustration of the Earth via Shutterstock