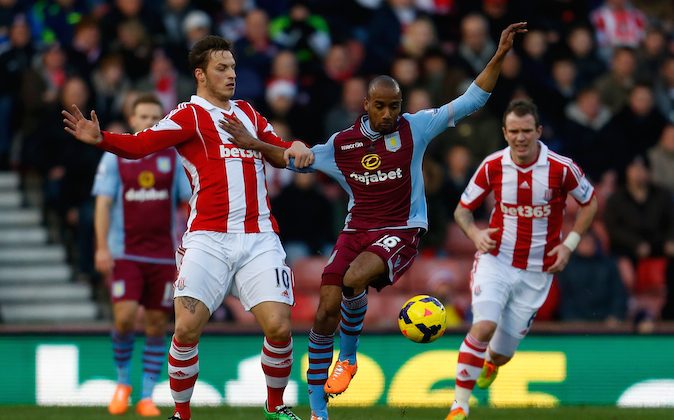 Marko Arnautovic of Stoke in action with Fabian Delph (C) of Aston Villa during the Barclays Premier League match between Stoke City and Aston Villa at the Britannia Stadium on December 21, 2013 in Stoke-on-Trent, England. (Photo by Paul Thomas/Getty Images)
Soccer

Stoke have won 2, drawn 2, and loss 1 of their last five league matches (WDWLD).

Aston Villa are favored to win this fixture.