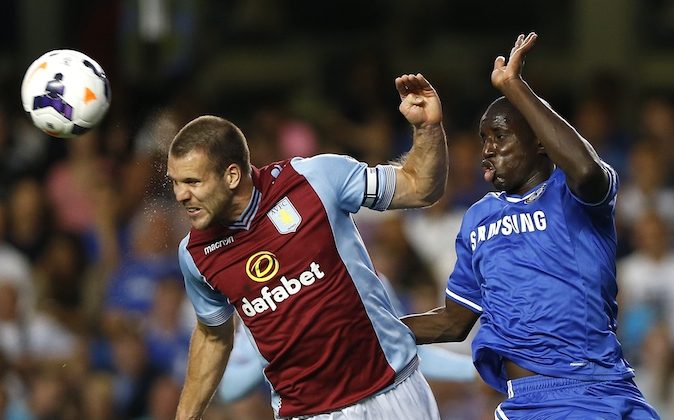 A win for Chelsea at Aston Villa on Saturday would lift Jose Mourinho’s team to 69 points and 10 points clear of Liverpool and Arsenal, who don’t play until Sunday.

Whatever the Portuguese manager says about preferring to be in Manchester City’s position — nine points behind Chelsea in fourth place but with three games in hand — there is no doubt that the South London club is ideally placed to win its first title in four years.

Mourinho, though, keeps pretending his team is the one under pressure, despite evidence that City’s form is dipping. After dropping points at Norwich and losing to Wigan in the FA Cup, Manuel Pellegrini’s side has been knocked out of the Champions League by Barcelona.

“Our next objective is top three, as that gives us direct qualification (to the Champions League group stage). If at a certain point our distance to fourth is big, I will say we will think a bit more, but objective now is top three. If Man City win three games in hand, which they can, they are top,” Mourinho said.