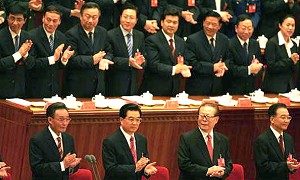 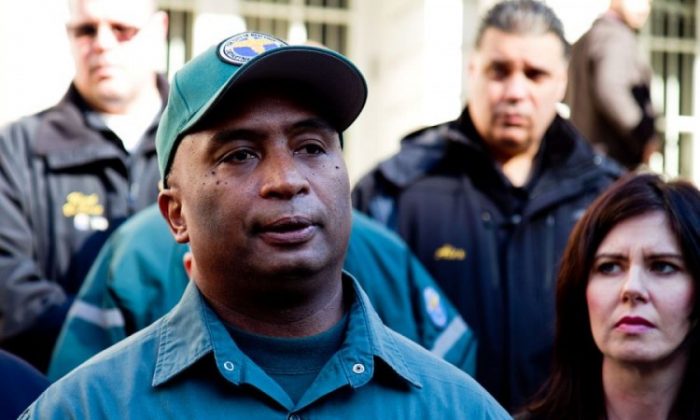 John Epps, a sanitation worker in North East Bronx, shares his story of a homeowner who attacked him in a conflict over garbage collection. The homeowner ripped Epps’s shirt off and left scars on Epps’s chest from digging his nails in. The homeowner threatened to get a knife, but was restrained by his neighbors. (Tara MacIsaac/The Epoch Times)
US

Assault on Sanitation Workers Could Be Felony

NEW YORK—Sanitation workers have one of the toughest jobs in the city, including picking up garbage and recycling in any weather and keeping the city streets plowed during snowstorms. However, their biggest threat on the job often comes from an unlikely source—their fellow New Yorkers.

They are subject to the ire of drivers waiting for sanitation vehicles to get out of the way, homeowners upset over the snowplow pushing snow onto their freshly shoveled driveways, or people upset when trash they put out for pickup is left because it doesn’t meet guidelines.

Faith Flemister, who has served in the sanitation department for 11 years in the South Bronx, recalled numerous incidents of verbal abuse or people spitting at her. She has had someone try to pull her out of her truck and one person even tried to run her over.

“When I go to work, I expect to get home safely,” she said.

“I guess they feel they can yell at us because we’re garbage people,” said Hugh Hicks, a sanitation worker in Queens for 12 years, “I don’t know what it is.”

Councilwoman Elizabeth S. Crowley announced on Wednesday the introduction of a City Council resolution to help workers like Flemister and Hicks. The resolution says the penalty for assaulting sanitation workers should be a class D felony, which is the same penalty for assaulting police officers and firemen. Assault of a sanitation worker is currently only a misdemeanor.

In addition to police and firemen, it is a felony to assault nurses, school safety attendants, Metropolitan Transit Authority (MTA) employees, and some other kinds of city workers.

In the past two years, at least 17 assault cases involving sanitation workers in New York City were filed, according to a statement from the New York City Department of Sanitation, who fully supports the legislation.