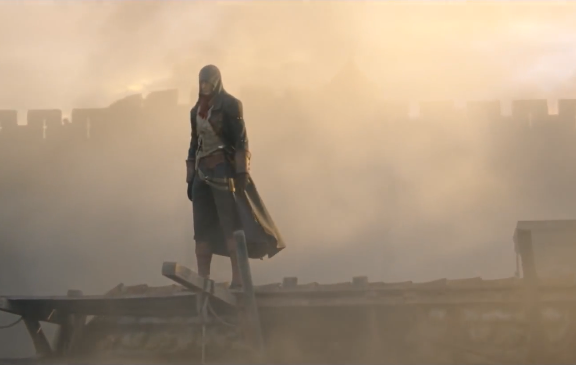 Assassin’s Creed Unity Release Date: Challenges of PS4 and Xbox One Next Gen Tech Means Unity Launch Will Be Delayed

In a recent blog post, Ubisoft staff talk about the challenges of developing the upcoming Assassin’s Creed title for next-gen consoles.

“A tiny gesture that Arno makes as he’s racing across the Parisian rooftops. A barely noticeable reaction from a solitary NPC in a crowd 3,000 deep. The subtle swaying motion of an opulent chandelier in a lavish ballroom.”

“It’s these little things, multiplied by the thousands, that a development team focuses on during the final push to ship a game. And with a massive open-world title like Assassin’s Creed: Unity, all those little things add up fast.

“Toss in the fact that Unity has been built from the ground up as a new-gen Assassin’s Creed – and that final straight-line sprint to the finish suddenly feels like an obstacle course laden with curves, hurdles and pitfalls.”

Unity was originally slated for an October 28 release.

Senior Producer Vincent Pontbriand adds: “This being a fully next-gen game, it requires a lot of work, a lot of production, and a lot of learning.”

“It’s always hard to be precise and to quantify exactly how much work is involved. So as we get close to the finish we often realize we’re near the target but we’re not quite there yet.”

The Ubisoft staff don’t go into details about what’s plaguing game development on the “magnificent machines,” the PlayStation 4 and the Xbox One, but state that they need the extra two weeks to make “minor adjustments that can make a big difference.”

The development team will be working on the game right up to the launch date and beyond and they already have a Day 1 patch planned.

Pontbriand said: “Making games is not a precise science. It’s a leap of faith.”

“We have a bunch of us who have spent two, three years or more on this project. It’s a huge personal investment.

“People have been truly dedicated to this game. For them it’s also important to make a game that they can be proud of.”

Assassin’s Creed Unity will be released for the PlayStation 4, Xbox One, and Windows PC.