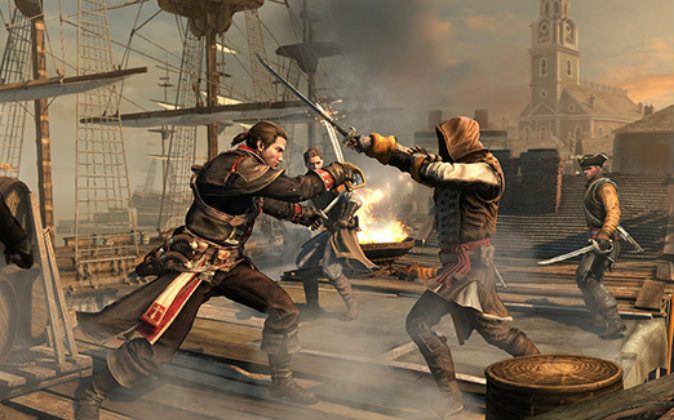 Assassin’s Creed 5 Rogue (Comet) Release Date: Upcoming Game Might be Launched for Xbox One and PS4

Assassin’s Creed: Rogue could see an Xbox One and PlayStation 4 release.

The game will be released on November 11.

TotalXbox spoke to Ubisoft Sofia producer Ivan Balabanov at Gamescom about the possibility of seeing Rogue on next gen consoles, following which Balabanov replied: “It’s too early to discuss this subject.

“Right now Unity is our game for new generation consoles.”

Still, Balabanov did not give an out right “no,” so there might be a chance of seeing Rogue released for next gen.

Balabanov also explained why Rogue was not designed for the Xbox One and PS4.

“The [Assassin’s Creed: Unity] technology’s built from the ground up with a lot of reinventions of the systems behind it – essentially it’s a game that takes full advantage of the hardware, and what we wanted to do in our case is make a game for players who still haven’t made the transition,” said Balabanov.

Ubisoft still has not said anything about porting Rogue to the PC or Wii U.

Assassin’s Creed: Rogue will follow Assassin-turned-Templar Shay Patrick Cormac as he hunts down his former brethren in the “arctic North Atlantic Ocean, the Appalachian River Valley, and a bustling New York City.”

As a Templar, Shay has access to better weaponry like grenade launchers and air rifles, GameSpot reports.

Shay will pilot the Morrigan, a smaller vessel when compared to Edward Kenway’s Jackdaw from Black Flag.

The vessel’s size allows for greater maneuverability in narrower rivers and channels, where Shay will need to travel.