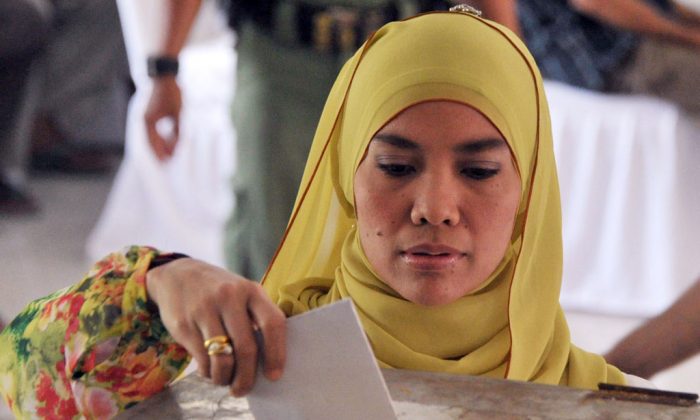 JAKARTA—Although rarely hyphenated in the manner of India-China, India and Indonesia perhaps have more in common with each other than any other two countries. These similarities are largely invisible to the nations themselves and the world at large. And yet, the ongoing election season that has the world’s most populous and third most populous democracies heading to the polls invites unavoidable comparisons. Coalition governments likely to emerge in both elections may end up in equally ineffective rule.

Although Indonesia became independent of colonial rule two years before India, it is a relatively young democracy – only 16 years have passed since the downfall of military dictator Suharto. Nonetheless, Indonesia’s democracy has parallels to India’s, both on the surface, in the chaotic and exuberant timber of the campaigning process, for example, as well as in the deeper challenges that confront the nations. Noisy political rallies, outspoken trade unionists, and a free and assertive press are part of the political landscape in both nations. But they are also equally afflicted by a tendency towards governmental coalitions that must confront deep-seated corruption, creaking infrastructure, yawning inequalities and unpopular economic reforms, all the while ensuring that the peace between majority and minority religions is kept.

A shared national motto, Unity in Diversity, underscores their accomplishment in having woven together a multiplicity of ethnicities, religions and languages into unified national tapestries. However, while their territorial integrity may no longer be in danger of balkanization, both nations still have restive peripheries. Neither Kashmir and the insurgency-plagued Northeast in India nor Aceh and Papua in Indonesia are “resolved” to the satisfaction of New Delhi or Jakarta.

Indonesia’s is a two-step electoral process staring with the legislative vote for the parliament, which was concluded on April 9. Results are expected in early May following which nominations for the July 9 presidential elections will be filed. India’s general elections are a staggered, weeks-long affair that will culminate May 12, with results expected May 16.

The complexity of the electoral process in both countries is mind-boggling, given the vast geographic extent of each, much of which is remote and difficult to access. Transporting voting machines and ballot boxes along the thousands of islands that stretch 3,000 miles from west to east in Indonesia, is a feat only matched by India’s mammoth logistics. Law and order challenges, particularly in restive areas like Kashmir and Aceh, further complicate the task.

The dramatis personae in this year’s elections also bear an uncanny similarity to each other, indicative of the kinds of vested interests that are a common feature of their democracies. Dynastic heirs, authoritarian strongmen, corporate tycoons and religious hardliners are par for the course in both nations.

The main opposition party in Indonesia, the Partai Demokrasi Indonesia Perjuangan, or PDI-P, is led by Megawati Sukarnoputri, the scion of independent Indonesia’s founder, Sukarno. The PDI-P is in some ways Indonesia’s Congress Party, which currently heads India’s ruling coalition. The identity of both parties rests on independence-era nationalism embodied in a family name, Sukarno and Nehru-Gandhi respectively.

The corrosive influence of political dynasty, where political office is treated as a hereditary piece of rent-generating real estate, is a cross that citizens of both countries must bear. In India, nearly a third of the 545 members of the current parliament have entered politics through a family connection. In Indonesia, regional political dynasties with a lockdown on power have sprung up since the country’s ambitious decentralization process in the early years of the millennium. These include the Choisyiahs in Banten, the Yasin Limpos in South Sulawesi and the Sjachroedins in Lampung, to name a few.

A serious contender for president in Indonesia is Prabowo Subianto, the leader of a new party – Gerindra. A former general and head of the Special Forces under Suharto, Prabowo stands accused of widespread human rights abuses. However, his supporters project him as a strong and decisive leader able to whip the otherwise chaotic nation into shape. The parallels to India’s Narendra Modi, who many believe will be the next prime minister, are obvious – Modi is seen by his fans as a development-focused strongman capable of transforming a corrupt, decadent India into investment-flooded paradise. But, many also blame him for allowing, if not abetting, a 2002 pogrom against Muslims in the state of Gujarat, where he has been chief minister since 2001. Both Modi and Probowo face US travel bans.

The candidate most likely to be Indonesia’s next president, according to the polls, is a relative political newbie, the hugely popular governor of Jakarta, Joko “Jokowi” Widodo. Although a PDI-P candidate, Jokowi is not a long-time party cadre, and his popular appeal is independent of the party. The governor entered politics as recently as 2005, when he was elected mayor of Surakarta, a mid-level city in central Java. He lacks experience at the national level of government.

Jokowi’s rise to the pinnacle of political popularity is due to his anti-corruption crusading, his refusal of usual trappings of power like an official car, and his penchant for mingling with ordinary folk. He is most closely identified with his habit of blusukan – unscheduled, snap visits to local markets, slum areas and government offices to observe conditions firsthand.

When put like this, the description might as well be about Arvind Kejriwal, the founder of India’s Aam Admi Party, or Common Man Party, whose agenda developed out of an anti-corruption movement. Both Kejriwal and Jokowi represent a newly engaged electorate who sense the possibility of political renewal and a break from the tired, venal, dynastic politics of the past.

The similarities, however, end there. Kejriwal’s are a politics of disruption born out of his activist past. Jokowi on the other hand has a credible track record as a mediator and political bridge-builder. He is widely credited with having transformed the fortunes of Surakarta as mayor. His style is consensual rather than combative, and he is working within the PDI-P, the most establishment of Indonesia’s political parties. Perhaps the greatest difference is that Jokowi could well be Indonesia’s next president while the possibility of Kejriwal as Indian prime minister is at best slim.

Exit polls show that the Jokowi magic has failed to produce big results for the PDI-P in the legislative election. In all probability therefore, even if Jokowi goes on to win the presidential election, he would only be able to run the country in coalition with allies who will demand their pound of flesh in recompense for support. A similar scenario is also likely to play out in India.

The ensuing horse-trading and compromises are familiar territory. Manmohan Singh and Susilo Bambang Yudhyono are after all two-term leaders of bulky coalitions that have been blamed for the policy paralysis of the last few years. Foreign investors who once flocked to India and Indonesia, lured by the idea of their youthful and growing consuming classes, have of late been disenchanted, consigning the countries to a set of “fragile five” emerging market economies.

Prospects of a Modi/Jokowi victory have seen stock markets in both nations rally, amidst hope that New Delhi and Jakarta might better steer their countries to stronger, more stable growth. However, given that coalitions are in the offing once again, none of the big issues confronting India and Indonesia will be resolved “efficiently,” notwithstanding Modi’s purported business-friendliness or Jokowi’s much admired decency.

Pallavi Aiyar is an award-winning Indian journalist and author. Her most recent book is “Punjabi Parmesan: Dispatches from a Europe in Crisis.” After stints in China and Europe, she is currently based in Indonesia. With permission from YaleGlobal Online. Copyright © 2014, Yale Center for the Study of Globalization, Yale University.