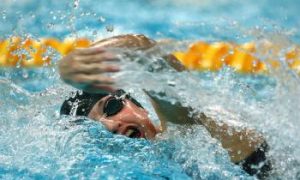 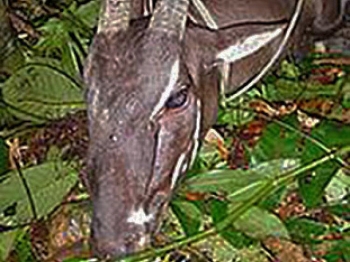 Asian Unicorn: Laotian villagers captured a two-horned Saola in August and photographed it. (International Union for Conservation of Nature)
World

The saola is one of the rarest animals in the world—so rare, that there could be only a few dozen left. But a reserve was created for the animal this week in Vietnam.

Otherwise known as the “Asian unicorn,” the saola is native to Laos and Vietnam and was only relatively recently discovered around 19 years ago. The species is classified in the same family as cows and antelope.

The saola is believed to mostly inhabit the mountainous and forested areas along the border of Vietnam and Laos, which is where the Saola Natural Reserve will be set up, the World Wildlife Fund said on Thursday.

The saola is easily one of the most rare animals on earth. Researchers estimate that between a few dozen to a few hundred of the animals exist on the Earth, and their population is likely dwindling due to hunting with traps and dogs. It is on the Red List of Threatened Species.

“This new reserve will create a biodiversity corridor connecting the East of Vietnam to West side of Xe Sap National Park in Laos,” said Tran Minh Hien, Country Director of WWF Vietnam, in a statement.

The animal’s “unicorn” moniker is due to its rarity rather than its appearance. It actually has two horns, unlike the mythical creature of lore.

Last September, the first saola was captured in a village in Laos, but died soon after. It was the first time scientists saw the animal in the wild.