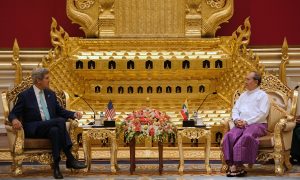 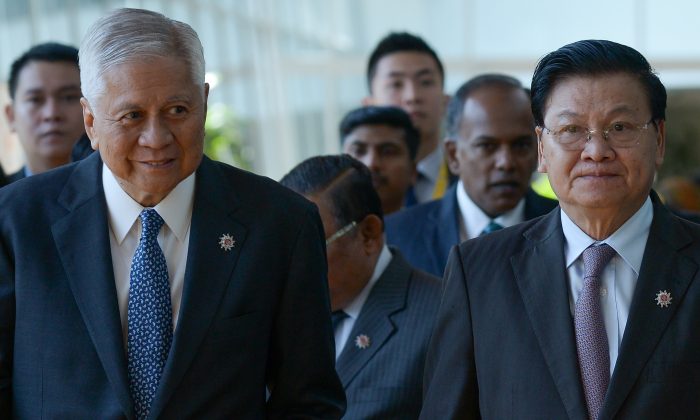 The 10-member Association of Southeast Nations (ASEAN) is expected to release a statement on April 27 calling for heavy consultations for a code of conduct in the South China Sea. This could mark the first steps towards rule of law in the disputed region.

The Chinese regime claims most of the South China Sea and East China Sea, and has actively expanded its military operations in the region in recent years. Conflicts have focused heavily on the Spratly Islands—close to 1,000 miles south of China’s southernmost tip of Hainan island—which are claimed by the Chinese regime, Taiwan, Vietnam, Malaysia, Brunei, and the Philippines.

Many ASEAN members are calling out the Chinese regime directly for its aggression in the region.

Malaysia took a lighter approach. AP reported that Prime Minister Najib Razak said on April 27 that Malaysia “will continue to engage China in a constructive way.”

Najib shared his belief that it’s not in China’s interest to be seen as confronting ASEAN, and added “any attempt to destabilize this region will not benefit China either.”

The Philippines has taken a much stronger approach. According to Voice of America, Philippine Foreign Affairs Secretary Albert del Rosario told an ASEAN meeting on April 27 that foreign ministers should tell China what it’s doing is wrong, “and that the massive reclamations should be immediately stopped.”

It’s still unclear how much impact the ASEAN statement for a code of conduct will have. Carl Thayer, a security analyst with the Australian Defense Force Academy, told Voice of America “the foreign ministers could make one statement and the leaders could water it down.”

He added that “no doubt China is working all over the place behind the scenes to prevent consensus on this.”