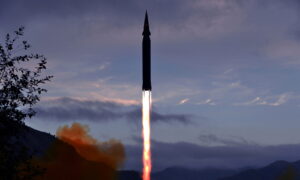 Asian equity markets were lower for the second day in a row, creating the first monthly decline since last November, after Durable Goods Orders in the US and corporate earnings releases came in lower than analyst estimates.  The Japanese Yen made gains during the session while Oil prices moved to new lows for the week.   Oil saw a large drop yesterday as well, down roughly 2 percent, after supply in US stockpiles rose to their highest levels in 20 months.   In equities, the MSCI Asia Pacific Index is down nearly 1 percent and the Hang Sang showing a loss of 1.6 percent.  S&P 500 futures are modestly lower, indicating an open 0.2 percent lower.

Ahead today, the main economic data will come from Germany, with unemployment data expected to show that the jobless rate held steady in March.  The unemployment rate in Germany is at its lowest levels in two decades so these figures are likely to be Euro supportive during the session.  Yesterday, the main story was the Durable Goods figures out of the US, which showed that products with an intended use of more than 3 years rose just 2.2 percent, with the previous month’s numbers being revised down to -3.6 percent.  The downside surprise pushed equity markets into negative territory and weighed on the US Dollar during the session.

The Yen was one of the big gainers on the day, on trader speculation that Japanese companies will repatriate their export earnings before the end of this month.  Crude oil was another story, however, posting losses after US stockpiles increased by 7.1 million barrels, which is the largest supply gain since the middle of 2010.  Markets were expecting a supply rise of 2.6 million barrels.  Recently, crude headlines have focused on the proposals made by the US government to release portions of its strategic oil reserves but as of yet there has been no report of official decisions confirming this.

Market volatility in the European session will be guided by the German employment data, which is expected to show a small drop of -10,000 jobs for the month, while the unemployment rate remains unchanged at 6.8 percent.  In the UK, the main figures to watch will be the Nationwide Housing Prices, which are expected to show a rise of 0.9 percent.

The GBP/USD is pressuring key resistance on the hourly charts with prices now seen close to 1.5980 resistance.  An upside break would be encouraging but given the proximity of Fibinacci resistance just ahead, short positions are looking much more favorable.  Bias changes with am upside break of the 61.8% Fibonacci retracement.

Oil prices are showing some strong declines on the short term time frames but when we pull out to the dailies, prices are seen stabilizing near the highs above 105.  Significant support can be seen at 104.20, which is a level that has been tested four times now, and with the lack of a real bounce from this area, it is looking like a downside break is imminent.  Preferred strategy is to wait for the break and get into new long positions at the lower levels.