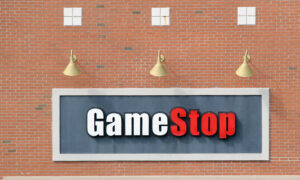 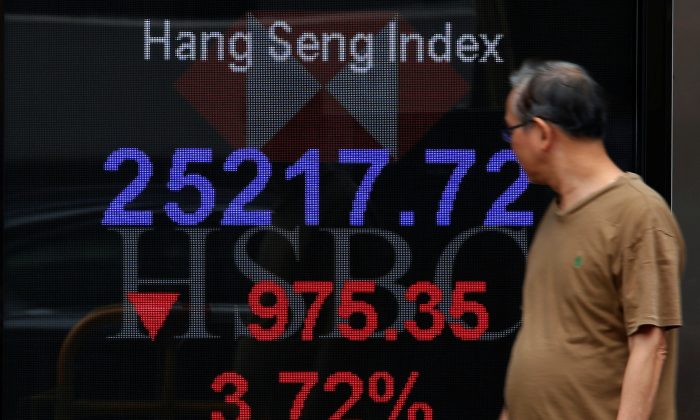 SYDNEY—Asian share markets sank in a sea of red on Oct. 11 after Wall Street suffered its worst drubbing in eight months.

MSCI’s broadest index of Asia-Pacific shares outside Japan shed 2.7 percent to its lowest in 18 months.

Japan’s Nikkei fell 3.4 percent, the steepest daily drop since March, while the broader TOPIX lost around $195 billion in market value.

On Wall Street, the S&P500’s sharpest one-day fall since February wiped out around $850 billion of wealth as technology shares tumbled on fears of slowing demand.

President Trump told reporters after landing in Erie, Pennsylvania, for a campaign rally that the market plunge was “a correction we’ve been waiting for for a long time.”

He also pointed the finger at the Fed for raising interest rates.

“I really disagree with what the Fed is doing,” Trump told reporters before a political rally in Pennsylvania. “I think the Fed has gone crazy.”

It was hawkish commentary from Fed policy makers that triggered the sudden sell off in Treasuries last week and sent long-term yields to their highest in seven years.

The surge made stocks look less attractive compared to bonds while also threatening to curb economic activity and profits.

The shift in yields is also sucking funds out of emerging markets, putting particular pressure on the Chinese yuan as Beijing fights a protracted trade battle with the United States.

China’s central bank has been allowing the yuan to gradually decline, breaking the psychological 6.9000 barrier and leading speculators to push the dollar up to 6.9380.

That has forced other emerging market currencies to weaken to stay competitive, and drawn the ire of the United States which sees it as an unfair devaluation.

“The yuan has already weakened significantly, to offset the tariffs announced so far,” said Alan Ruskin, Deutsche’s global head of G10 FX strategy. “Further weakness could exacerbate concerns of a self-fulfilling flight of capital, and a loss of control.”

There was also a danger for the U.S. if Beijing had to intervene heavily to support the yuan.

“China buying yuan and selling dollars would likely entail some selling of U.S. Treasuries at a point where the market is showing some vulnerability, and could be very vulnerable to signs of China liquidation,” added Ruskin.