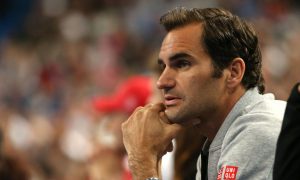 'I Hope He Would Be Proud': Roger Federer in Tears Over Former Coach Peter Carter
0
Share Now
FacebookTweetParlerEmail
Copy Link 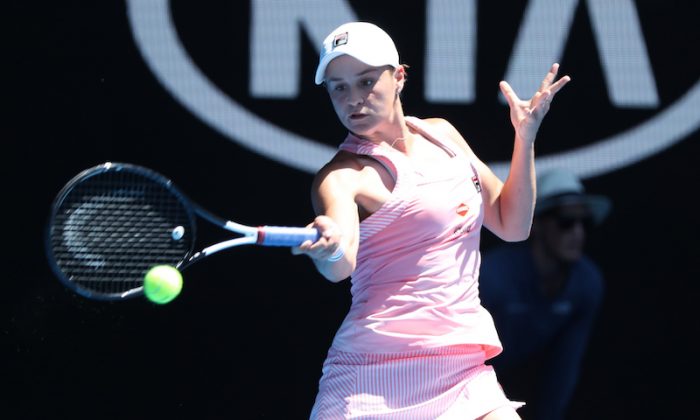 Australia's Ashleigh Barty in action during the match against Russia's Maria Sharapova at the Australian Open in Melbourne, on Jan. 20, 2019. (Reuters/Lucy Nicholson)
Tennis

Ashleigh Barty rallied from a set down to beat former world number one Maria Sharapova 4-6 6-1 6-4 at Melbourne Park on Sunday, Jan. 20, becoming the first Australian woman in a decade to reach the quarter-finals at her home Grand Slam.

The 22-year-old, roared on by a raucous home crowd that included Australian Prime Minister Scott Morrison and men’s great Rod Laver, converted her fourth match point with an ace to seal the victory in two hours and 22 minutes.

Five-times Grand Slam champion Sharapova looked in control after converting her third breakpoint in the ninth game of the first set and following it up with a service hold to love to take the opening stanza.

But Barty fought back to break twice in the second set and level the match, as more unforced errors crept into the Russian’s game, and then broke twice more in the decider to race into a 4-0 lead.

Sharapova, the 2008 champion, rallied to win three straight games but could not prevent Barty closing out the match and becoming the first Australian woman to reach the quarters since Jelena Dokic in 2009.

“It was a little close, wasn’t it?” a beaming Barty said. “I gave myself a lot of opportunities in the third set and just didn’t take it.

“She’s an absolute champion and she never ever was going to go away. I can match it with the best and when I execute I know that I can.

“This is unreal, playing on this beautiful court in front of a packed house, there’s nothing better.”

The Australian lost her last meeting to Kvitova in Sydney before the year’s first Grand Slam.

“It doesn’t get any easier at all, it’s just another challenge and I’ll try to come out and play my best tennis,” Barty said.