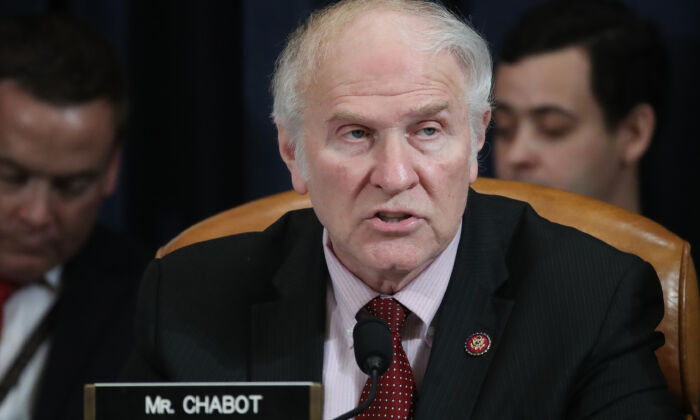 ‘Ought to Be Ashamed:’ Lawmaker Slams IOC for Turning Blind Eye to Genocide, Organ Harvesting in China

Rep. Steve Chabot (R-Ohio) criticized the International Olympic Committee (IOC) for allowing the Chinese regime to host the Winter Games in Beijing, even as the Communist Party is engaging in genocide and forced organ harvesting against persecuted groups.

“The International Olympic Committee should be embarrassed in picking the PRC, China, in the first place when you consider their grotesque human rights abuses over the years, and then not moving it to a more appropriate location,” said Chabot.

“They really ought to be ashamed,” Chabot said in a recent interview on NTD’s “Capitol Report” program. NTD is an affiliate of The Epoch Times.

Chabot’s remarks came as the 2022 Winter Olympics gets underway in Beijing. The Game officially started on Feb. 4 and runs until Feb. 20.

Rights groups had raised concerns about China’s worsening human rights conditions when Beijing put the bid to host the 2022 Winter Games in 2015.

Despite the calls for rejection, the IOC decided to award the Games to the Chinese regime, making Beijing the first city to host both the Summer and Winter Olympics.

However, unlike the Beijing Games in 2008, the lead-up to 2022 has been overshadowed by a string of diplomatic boycotts and heightened scrutiny of the communist regime’s human rights violations.

The United States and some major participants, including the UK, Canada, and Australia, announced they wouldn’t send any official delegation to the Games in protest against the regime’s human rights abuses against Uyghurs in the far-western Xinjiang region, and against other groups elsewhere.

More than one million Uyghur and other Muslim minorities have been detained in Xinjiang, where they have been subjected to forced sterilization, torture, and forced labor. Some Western democracies, including the United States, have recognized the regime’s actions against Uyghurs amount to a genocide.

“We’ve seen no question gross human rights abuses towards the Uyghurs, the Falun Gong, Tibetans, the people of Hong Kong,” said Chabot. “It just goes on and on.”

The Chinese regime has for years been engaging in forced organ harvesting of prisoners of conscience on a “substantial scale,” a 2019 independent people’s tribunal determined. The practice involves prisoners’ organs being carved out while they’re still alive, and then put on the transplant market for sale, a gruesome business that amasses significant gains for the regime.

The main source of the organs is imprisoned Falun Gong practitioners, the tribunal found, adding that it found no evidence that the Chinese Communist Party has ceased its behavior.

Falun Gong, also known as Falun Dafa, is a spiritual practice containing meditative exercises and moral teachings centered on the principles of truthfulness, compassion, and tolerance. In 1999, the then-CCP leader Jiang Zemin ordered the eradication of the practice, viewing the practices’ 70 million to 100 million adherents as a threat to the regime’s control.

Since then, millions of Falun Gong adherents have been subjected to arbitrary detention, torture, and forced labor. According to a map recently released by Falun Dafa Information Center, some detention facilities are just miles away from Olympic venues in Beijing.

Given the ongoing crime, Chabot suggested the IOC should have relocated the Games.

“Unfortunately, they’re moving ahead with it.”