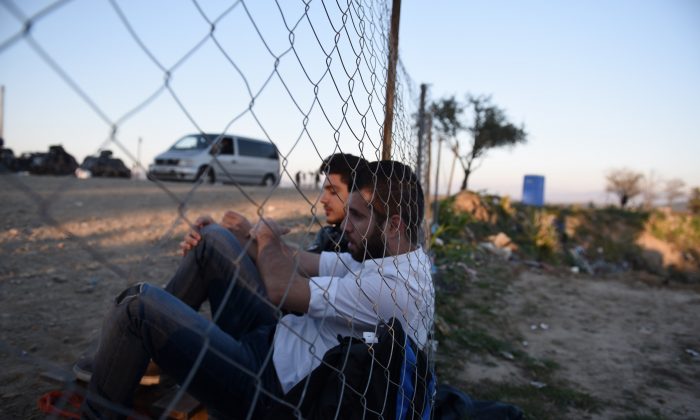 U.S. President Barack Obama threatened to veto legislation the House is preparing that would strengthen background checks on Syrian refugees entering the country, upsetting Republicans behind the bill.

Obama made the threat late Nov. 18, as the House was preparing a bill for floor action as early as Nov. 19.

The bill, which is being crafted by multiple officials and led by new House Speaker Paul Ryan (R-Wis.), would raise the hurdles for refugee admission, including requiring the FBI director to certify a background investigation for each refugee.

The legislation would also require several top security officials to certify that each refugee is not a security threat to the U.S. — before a refugee from Iraq or Syria can be admitted, according to Fox News.

The bill will not include any religious tests, which were suggested by some in the GOP recently.

Soon after Ryan and others spoke about the upcoming legislation, though, the White House released a statement saying Obama would veto it.

“The certification requirement at the core of H.R. 4038 is untenable and would provide no meaningful additional security for the American people, instead serving only to create significant delays and obstacles in the fulfillment of a vital program that satisfies both humanitarian and national security objectives,” it said in the statement.

“Given the lives at stake and the critical importance to our partners in the Middle East and Europe of American leadership in addressing the Syrian refugee crisis, if the President were presented with H.R. 4038, he would veto the bill.”

The legislation started emerging after more than half–31 as of now–of the nation’s governors stated their opposition to allowing Syrian refugees into their states.

A number of Republican presidential candidates and elected officials soon outlined their similar desire for, at the very least, a “pause” in the resettlement program until security measures could be bolstered following the Paris terror attacks that left 129 dead and hundreds wounded.

The fears of terrorists sneaking in alongside regular refugees were stoked after it was revealed at least one of the Paris terrorists posed as a refugee as he made his way from Syria to France.

The so-called mastermind of the attacks, who was killed in a police raid this week, also bragged about being able to sneak from Syria to Europe and back again multiple times, possibly by posing as a refugee with a fake passport.

The lack of infrastructure in Syria is playing a critical role in the debate because it’s near-impossible to get reliable information about refugees, such as potential criminal backgrounds or terror ties.

Obama’s main problem with the legislation, though, is that he says the current vetting process is tough enough already.

CNN reported that the process includes several federal agencies, including the State Department, the Department of Homeland Security, the Defense Department, and the National Counterterrorism Center and the Federal Bureau of Investigation.

The agencies use biographical and biometric information to try to certify that the applicants are who they say they are, including an interview with a DHS officer. Refugees from Syria go through another layer of screening.

But officials have acknowledged the difficulty in consistently obtaining information from war-torn Syria.

If someone has never made a ripple in the pond in Syria in a way that would get their identity or their interest reflected in our database, we can query our database until the cows come home, but there will be nothing show up because we have no record of them,” FBI Director James Comey said at a congressional hearing last month.

Experts noted to PolitiFact that the entire process typically takes two years on average for refugees from start to finish. Despite the struggles obtaining information from Syria, the system is thorough, said Geoffrey Mock, the Syrian country specialist for Amnesty International USA.

“No vetting process can make guarantees, but the population identified by the UN and vetted by both organizations has worked successfully in alleviating crises in dozens of other countries, including Iraq, the Democratic Republic of Congo, Somalia and the Central African Republic,” Mock said. “There’s no reason to believe Syria will be any different.”