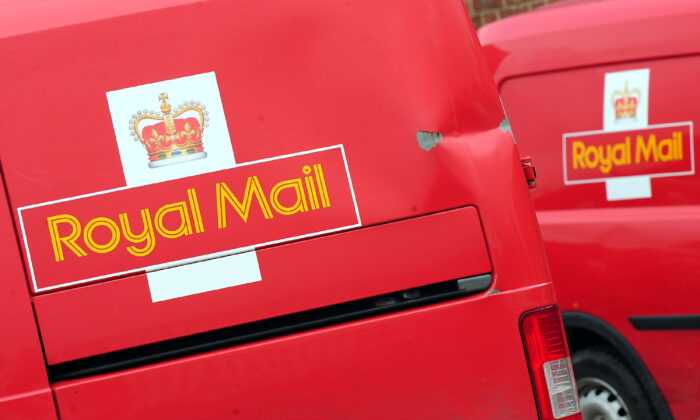 Business Secretary Kwasi Kwarteng has told the Royal Mail if Czech billionaire Daniel Kretinsky increases his shareholdings in the company above 25 percent he will face a national security investigation.

It comes as 115,000 postal workers went out on strike on Friday after the Royal Mail offered a 2 percent pay rise, which the Communication Workers Union (CWU) says is well below the rate of inflation.

The Royal Mail informed the London Stock Exchange on Thursday it had received a letter from Kwarteng in which he said he “reasonably suspects” VESA Equity Investment—which is wholly owned by Kretinsky—was set to increase his stake in the company, which was privatised in 2013.

The National Security and Investment Act, which was passed last year, is designed to protect key parts of Britain’s infrastructure from falling into the ownership of foreign governments or individuals.

Kwarteng has the power, under the NSI Act, to investigate deals that “will result in an acquisition that may give rise to a risk to national security.”

Earlier this year several MPs urged the government to use the NSI Act to stop the sale of Britain’s largest semiconductor plant to a Chinese company.

VESA, which owns 22 percent of the Royal Mail, also has stakes in retailers Sainsbury’s, Foot Locker, and Macy’s.

The Stock Exchange posted a statement, saying: “Royal Mail has received notification from the Secretary of State for Business, Energy and Industrial Strategy that he reasonably suspects that arrangements are in progress or contemplation which, if carried into effect, will result in VESA increasing its shareholding in Royal Mail from 25 percent or less to more than 25 percent.”

“The Secretary of State has notified Royal Mail that such a step would constitute a trigger event under the NSI Act and that he is exercising his call-in power under section 1 of the NSI Act,” it added.

The Royal Mail has promised to cooperate with the government.

The CWU said 97.6 percent of its members voted for strike action. The strike will continue on Aug. 31 and Sept. 8 and 9.

CWU general secretary Dave Ward said: “The company made record profits last year: £758 million. They gave away over £400 million to shareholders, they rewarded themselves with huge record bonuses for achieving their financial targets and then imposed a 2 percent pay increase on postal workers. Against the background of rocketing inflation, rocketing energy bills, it’s simply not acceptable.”

Kretinsky, who is said to be the third richest man in the Czech Republic, bought a 27 percent stake in English Premier League football club West Ham last year.