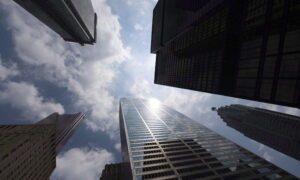 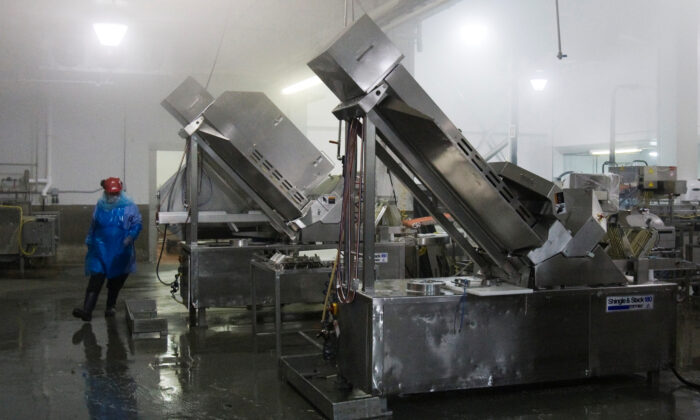 WINNIPEG—In Cargill Inc’s High River, Alberta plant, supplier of more than one-third of Canada’s beef, 391 workers were sick with COVID-19 when the company suspended operations, according to provincial health officials.

But Maple Leaf Foods decided to idle a poultry plant for eight days, in Brampton, Ontario, after just three workers were infected.

In Canada’s fight against the pandemic, public health officials are mostly leaving decisions on closing meat plants to the companies, even though the authorities have power to do so. Alberta Health Services (AHS), for example, could close a plant with unsafe conditions, spokesman Tom McMillan said.

The impact of such decisions extends beyond plant walls. They are at the heart of Alberta’s two largest community outbreaks, and could foreshadow dilemmas likely to emerge as other industries restart.

Jon Nash, President of Cargill Protein North America, said Cargill reduced production at its Alberta plant on April 13 and remained open before closing entirely a week later to avoid wasting food, and because ranchers needed a market for cattle.

Factors outside the Cargill plant, such as crowded households and carpooling, contributed to the spread in High River, health officials said.

Cargill said on Wednesday that High River would resume reduced production on May 4 after a two-week closure for cleaning and additional safety measures.

Cargill’s decision to operate as long as it did before the temporary closure rankled some workers.

“It absolutely pisses me off,” said Jamie Welsh-Rollo, a single mom who seals meat in plastic in the High River plant, and is a United Food and Commercial Workers Union (UFCW) shop steward. “We’re looked at as numbers.”

At least eight Canadian meat plants have closed temporarily due to the pandemic. As of Wednesday, 821 Cargill workers at High River, about 37 percent of the workforce, were infected, including one death.

And Cargill is not alone. A JBS SA beef plant in Brooks, Alberta slowed production but remains open after 276 infections and one death.

Maple Leaf, in closing its Ontario plant, considered that the city of Brampton itself was a COVID-19 hotspot and that the company was short of face masks to supply all 340 workers, said Randy Huffman, its chief food safety officer.

“There were some challenging discussions,” Huffman said in an interview. “We needed to have greater confidence that the plant could operate safely.”

A deadly illness outbreak 12 years earlier due to contaminated meat in a Maple Leaf plant factored in its response, he said.

While Maple Leaf made the decision to close, it consulted widely, Huffman said – with an occupational health doctor, local and federal health authorities.

“I don’t think leaving it up to any one entity is the best outcome.”

In rare examples of Canadian authorities stepping in, British Columbia health regions closed United Poultry on April 21 after 28 cases were found at the Vancouver plant, and shut Superior Poultry on April 24 after two initial cases.

In High River, Welsh-Rollo feared passing the virus to her four-year-old son, who has an auto-immune deficiency, and saw problems with Cargill’s precautions.

Cargill asked health screening questions in English to workers entering the plant, many of whom are immigrants or foreign workers, she said. The 31-year-old plant was too cramped to make distancing measures effective, she said.

Cargill’s Nash said the company has worked closely with AHS on safety protocols, including face masks for workers.

CFIA said in a statement that it cannot suspend plant operations over COVID-19, since its authority to stop food production over health risks is limited to food safety concerns.

The decisions to prolong operations baffle Sylvain Charlebois, director of the Agri-Food Analytics Lab at Dalhousie University, an institute that analyzes food and agriculture issues.