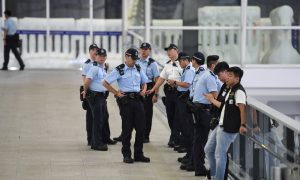 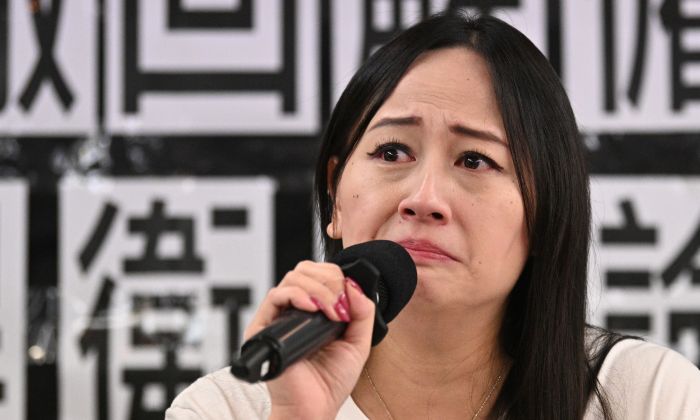 Amid reports that Hong Kong’s flagship airline Cathay Pacific has recently received pressure from Beijing to punish staff who participate in or support ongoing anti-extradition-bill protests, the Hong Kong Confederation of Trade Unions (HKCTU), a union representing roughly 190,000 members from different sectors, is urging the company to reinstate the staff who were fired.

At a press conference on Aug. 23, the union condemned the company’s actions for creating a climate of fear. It also announced plans to organize a protest in front of the airline’s headquarters office on Aug. 26, but police did not approve their application. The union then appealed the decision.

On Aug. 26 early morning, the HKCTU posted on its Facebook page that it had to postpone the rally to Aug. 28 because police did not respond to its appeal. The union has submitted a new application and is awaiting the police’s response.

Cathay Pacific confirmed on Aug. 22 that Jeremy Tam Man-ho, a lawmaker and pilot who has flown for Cathay Pacific for over 18 years, has resigned.

Tam said via a Facebook post because he opposed the “white terror” created by “China’s Civil Aviation Administration when it reached its hands into Hong Kong and directly exerted pressure on local airlines.” He said he did not wish to add more political pressure on the company due to his support for the ongoing protests.

Weeks ago, the Chinese airline regulator had demanded that Cathay Pacific ban personnel who engaged in or supported Hong Kong protests from staffing flights into Chinese airspace.

Hongkongers have staged protests, including sit-ins at the city’s international airport, to oppose an extradition bill that would allow the Chinese regime to transfer individuals for trial in mainland China. Many fear that the bill would allow the Chinese regime, with a history of human rights violations and an opaque legal system, to punish its critics with impunity.

Before Tam’s resignation, two pilots were fired by the airline because they involved in the protests.

Taiwanese media, citing insider sources, said Hogg decided to resign after refusing the Chinese airline regulator’s request for him to report the names of crew members who participated in a protester-organized strike in early August.

Hogg’s resignation statement made no mention of this, only saying that he and Loo would “take responsibility” for the past few “challenging weeks.”

At the Aug. 23 press conference, Rebecca Sy, head of Cathay Dragon’s Airlines Flight Attendants Association, said that she was recently fired by the company after 17 years.

Sy complained that Cathay Pacific’s management team did not give her explanation, but had fired her after seeking to confirm that posts on her Facebook account were made by her.

Carol Ng, chairwoman of HKCTU, said that Sy’s dismissal was a “blatant act of suppression.”

Ng added that 14 Cathay Pacific staff have been fired so far over the protests, eight of them due to Facebook posts related to the protests.

“All the employees are being frightened, not just cabin crews, but even the management,” Sy said. “My colleagues are all terrified because of its white terror.”

Hong Kong media reported that in an internal company memo released on Aug. 21, the company cautioned employees that they may not be aware that their social media posts and comments may violate the rules of China’s Civil Aviation Administration. The company added that it had “zero tolerance for illegal activities,” and any employee who participates or supports the ongoing protests could be investigated or fired.

An anonymous Cathay Pacific cabin crew staffer also told BBC in an Aug. 22 report: “We try not to talk about politics during a flight because you don’t know which colleagues are at your side. The company says that we should not support the ‘illegal’ protests…So if somebody who is pro-China finds out you went to the protest, they find some way to report you to the company. Maybe not for a political issue, but for some safety issue that might mean you lose your job.”

BBC also reported that some Cathay Pacific employees were afraid that they would be detained while working routes to mainland China. Some staff prepared a second cell phone for when they fly to the mainland, so that mainland Chinese police would not be able to find “sensitive” content that authorities disapprove of.

The HKCTU said in an Aug. 23 Facebook post that the company’s actions constituted a violation of Hong Kong people’s right to free speech.