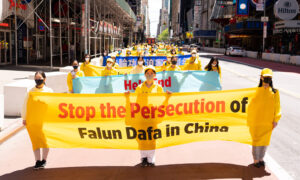 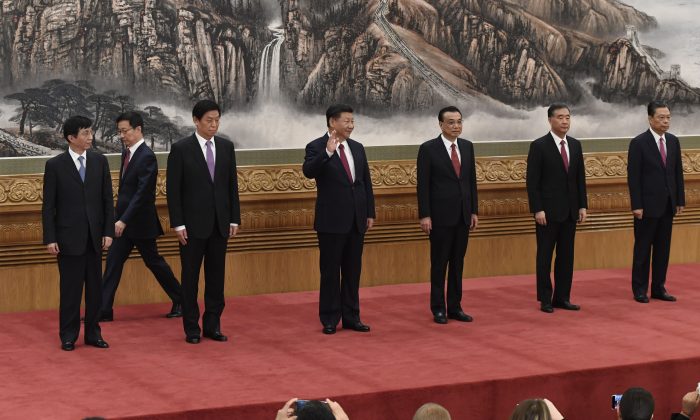 In a meeting of Chinese leader Xi Jinping and the Politburo, where top Chinese Communist Party officials discussed the regime’s biggest challenges, the political body called for “six stabilities,” in the areas of employment, finance, foreign trade, foreign investment, domestic investment, and development targets, according to CCP mouthpiece Xinhua.

In Xinhua’s 860-character report about the Oct. 31 meeting, the word “stability” appears 16 times.

The Chinese economy faces challenges including “increased downward pressure,” “operation difficulty among a number of enterprises,” and “an outbreak of long-term accumulated risks,” the report said. Meanwhile, the Politburo acknowledged “profound changes in the external environment” and that “the effects of some policies need time to take effect.”

In March, the U.S. government began imposing tariffs on hundreds of billions of dollars’ worth of Chinese goods, posing a shock to China’s export-oriented economy.

In response, the Politburo decided that the future direction of the Chinese economy should be toward “development based on stability,” by focusing on “supply-side structural reform,” and achieving the six stabilities via “active financial policies” and “stable currency policy.”

The CCP called for “continuous” development using state-owned enterprises (SOEs) as the foundation for assisting the private sector while encouraging the growth of the capital market. It also endeavored to “use foreign investment actively and efficiently,” and maintain the legitimate rights of foreign-funded enterprises so as to achieve the main goal of “ensuring overall social stability.”

The state-run Beijing News cited Li Qilin, chief economist of Lianxun Securities, as saying that Chinese central authorities fear that the policies initiated by the CCP in July haven’t achieved their intended results. Li said that the U.S.–China trade conflict has put great pressure on China’s economy, which has been exacerbated by weak domestic demand. According to official statistics, Chinese GDP growth in the third quarter of 2018 was just 6.5 percent, falling short of the targeted 6.7 percent.

Since July, the government has increased investment in infrastructures to boost China’s economy as well as balance ballooning local government debt, but with mediocre results. According to Li, mitigating debt-related risks should take priority for local authorities across China.

In September, Hu Xingdou, a Beijing economist, told Radio Free Asia that local governments in China owed about 40 trillion yuan ($5.78 trillion) in debts, or 47.2 percent of China’s GDP in 2017, which was about $12.24 trillion.

Li Qilin said that Chinese authorities planned to carry out policies to stabilize the stock market, as both the Shanghai and Shenzhen stock markets have been slumping. On Oct. 18, both indexes reached their lowest point in nearly four years.

The China Securities Regulatory Commission, a state regulator, has begun introducing a series of policies to stimulate the declining market, including a relaxation of restrictions on listed companies to buy back their stock, allowing financing subsidiaries of banks to invest in the capital market, and other stimulus actions.

In a significant change of tone from previous conferences, the Politburo didn’t mention deleveraging or the real estate market.

Chinese real estate performance this autumn has been disappointing. Many developers introduced large discounts to promote sales, leading to protests from home buyers who had paid full prices for homes and mortgages. Scrambling to follow CCP directives to maintain social stability, many real estate firms have moved to compensate recent buyers for their purchases.

More CCP economic decisions are expected to be made during the Fourth Plenary Session of the 19th Central Committee. The date for the meeting hasn’t been confirmed.