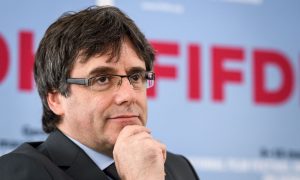 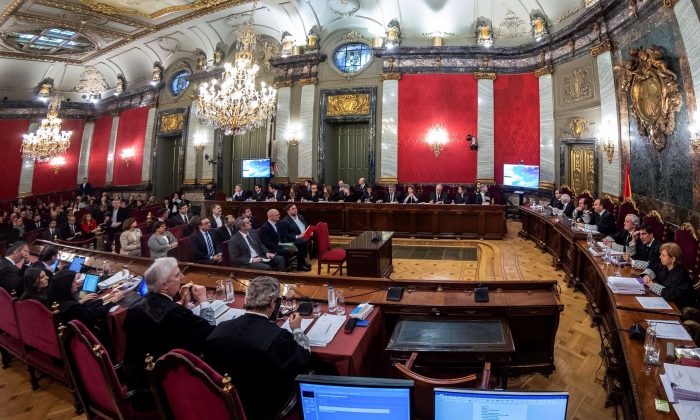 As Catalan Leaders Go On Trial, Spain Faces a Reckoning

Twelve Catalan leaders have gone on trial in Spain over their role in a 2017 independence bid that ended in violence and arrests.

They face jail terms of up to 25 years on charges of rebellion, sedition, disobedience, and misuse of public funds after Catalonia carried out a referendum and then declared independence from the rest of Spain in October 2017.

On the day of the vote, Spanish police employed what have since been widely viewed as heavy-handed tactics—using rubber bullets and batons on protesters.

Some Catalonian politicians fled to other countries in Europe, including former leader Carles Puigdemont, who went to Belgium.

Now, supporters of the 12 say they are political prisoners. The government says they are on trial because they have broken laws banning a Spanish region from declaring independence.

Key to the trial is proving that there was a violent uprising against the government. Prosecutors are expected to claim that Catalan leaders were aware that violent conflicts would occur when they held the independence vote.

Jordi Pina, a lawyer for the defense, told the Times of London that holding the referendum was not illegal in itself.

“Our strategy will be to prove that the accused did not commit any crime as holding a referendum and declaring independence are not in the Spanish criminal code,” he said.

Rights group the International Commission of Jurists warned that the broadly defined charges against the 12 could contravene their human rights.

“Vague, broadly defined offences of sedition or rebellion risk violation of the principle of legality, as well as arbitrary and disproportionate interference with human rights,” said Róisín Pillay in a statement.

“In a highly sensitive and politicized case such as that of the Catalonian referendum, they would set a dangerous precedent for the targeting of peaceful independence movements and political dissent, not only in Spain but internationally,” she added.

On Feb. 13 lawmakers, including some from Catalonia, will vote on his new budget. If it is rejected, Sánchez could be forced to hold a snap election.

To remain in office, Sánchez needs the support of the Catalonian politicians. But they maintain that they will not back the budget unless the prime minister reviews the possibility of another independence referendum.

But Spain’s budget minister María Jesús Montero said the government would “not cede to any blackmail” from the Catalonian lawmakers, according to The New York Times.