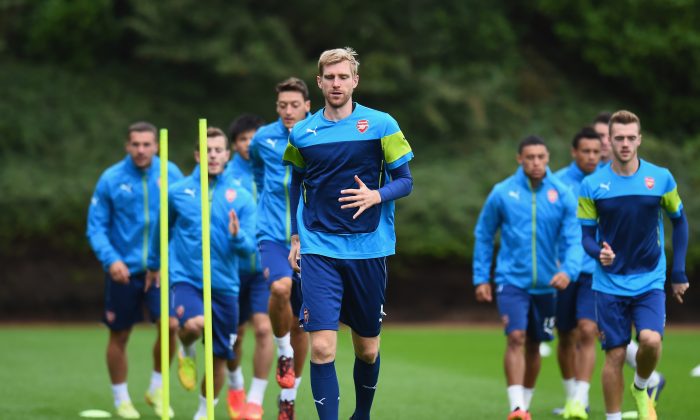 Per Mertesacker of Arsenal warms-up during a training session at London Colney on August 26, 2014 in St Albans, England. (Photo by Shaun Botterill/Getty Images)
Europe

Arsenal and Besiktas are set to play in a UEFA Champions League match on Wednesday, August 27.

The game will be broadcast on Sky Go, Sky Sports 5/HD and BBC Radio 5 Live, as well as Smart Spor in Turkey.

The game will also be shown on Fox Sports 1 USA and Fox Deportes in the United States.

Arsenal are 2/5 to win the match, as compared to 17/2 for Besiktas, according to OddsChecker.

Teams All on Knife-edge in Champions League