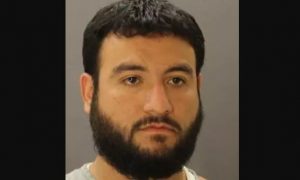 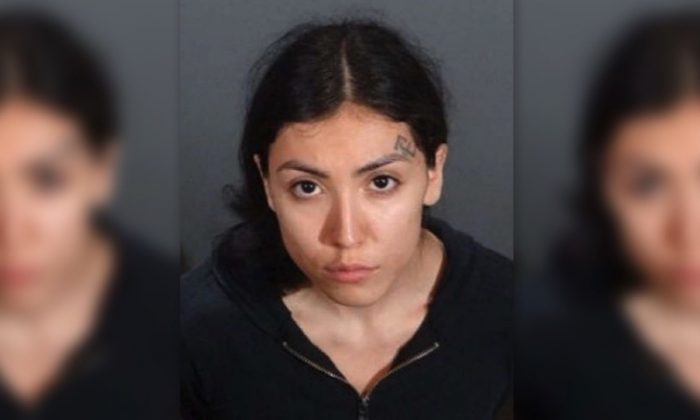 Leila Gonzalez was arrested on Jan. 28 in connection with a fatal hit-and-run that left a woman dead in Redondo Beach, Calif., on Jan. 26, 2019. (Redondo Beach Police Department)
Crime and Incidents

A California woman has been arrested in connection with a fatal hit-and-run that witnesses said involved the victim being dragged for hundreds of feet and left to die, according to reports.

Leila Gonzales, 21, of Bell, was taken into custody on Jan. 28 after allegedly fleeing the scene of the Saturday crash that killed a college student in Redondo Beach, KTLA-TV reported. Witnesses cited in the report claim that the driver of the black Audi SUV involved in the collision stopped and got out of the car briefly before getting back inside and driving away without assisting the seriously injured woman.

The victim, 21-year-old Angelina Pinedo, was struck by the vehicle when she was crossing the street at around 9 p.m. in Redondo Beach, about 20 miles south of Los Angeles, Fox11 reported. She was walking home from a party with her sister, 36-year-old Michelle Pinedo, when the deadly accident took place, KTLA reported.

Michelle Pinedo told the San Francisco Chronicle she immediately began to perform CPR on her dying sister while the SUV looped around and sped away.

The black SUV involved in the deadly incident was found in a residential area in the vicinity of the crash site, according to KTLA, citing a news release from the Redondo Beach Police Department. The vehicle reportedly bore signs of significant damage, including dents to the hood and the front.

The suspect was booked on suspicion of a felony hit-and-run and is being held on a $50,000 bond. The news release reportedly stated Gonzales admitted to being behind the wheel of the vehicle when the collision occurred. She is scheduled to make a court appearance on Wednesday.

‘The Light of Our Family’

Pinedo has been identified in the report as a student at San Francisco State University and the youngest of six siblings. Family cited by Fox11 called the victim a “gentle soul.”

“Angelina was the light of our family,” said Martha Torres, another of the victim’s sisters. “She was the heart and soul. She was the energy that brought all of us together, something that we’re all desperately going to miss.”

“She had a forgiving heart,” Torres told KTLA. “If my little sister was still here, she’d probably be telling the person who was driving that car that she forgives them.”

The family told the news outlet they hope the suspect receives a harsh penalty.

“We are entrusting that the judicial system will levy the maximum punishment for taking the life of our Angelina,” Torres said.

“She spent a lot of time in San Francisco and fell in love with the city,” Michelle Pinedo told the San Francisco Chronicle. “She was a very caring individual.”

A GoFundMe page has been set up to help with funeral costs. Condolence notes have appeared on the page, including one from Diana Richardson, who self-identified as a former teacher of the deceased woman.

“Angelina was my student at Shuey when she was in 4th grade and for both years she was at Muscatel,” the note reads. “She always worked so hard and was so kind, caring, and sweet. I’m so happy to hear she made it to a university, but am devastated that this happened to her.”

A man who said the collision took place near his home posted an expression of sympathy.

“You don’t know me, but this tragic accident occurred just a couple of blocks from my home,” wrote Mark Robinson. “We are praying for you, and sending our support in your time of need. God bless you.”