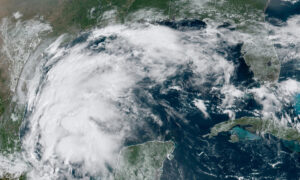 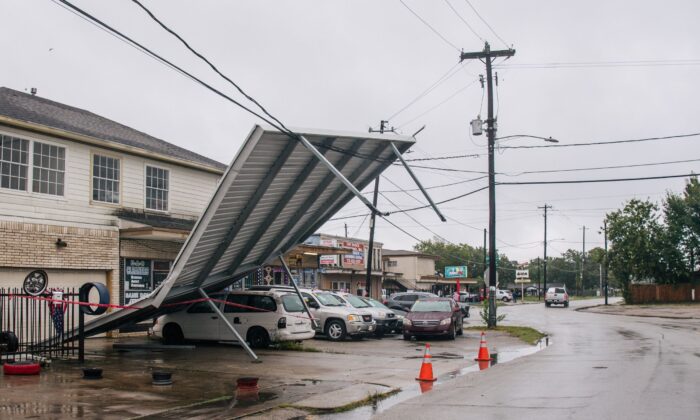 A carport hangs from power-lines after Tropical Storm Nicholas moved through the area in Houston, Texas, on Sept. 14, 2021. (Brandon Bell/Getty Images)
US

Around 422,000 in Texas Without Power From Storm Nicholas

More than 422,000 homes and businesses in Texas were still without power on Tuesday afternoon as utilities started restoring service faster than Tropical Storm Nicholas caused new outages, according to local utilities.

That is down from 529,000 customers out in Texas at the peak on Tuesday morning.

The center of Nicholas was located about 10 miles southeast of Houston and could still cause life-threatening flash floods across the Deep South during the next couple of days, according to the U.S. National Hurricane Center.

Texas energy company CenterPoint Energy Inc, the company with the most outages so far, had about 365,000 customers without power in the Houston area Tuesday afternoon, down from a peak of around 454,000 earlier in the day.

The following table lists major outages by utility, including about 94,000 outages in Louisiana left from Hurricane Ida over two weeks ago since Nicholas is expected to move from Texas to Louisiana on Wednesday: