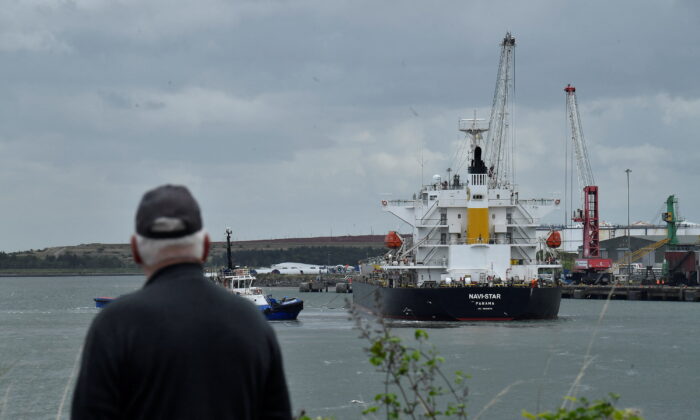 Around 1.5 Million Tons of Food Have Left Ukraine Under Grain Export Deal

KYIV, Ukraine—A total of 61 cargo ships carrying around 1.5 million tons of food have left Ukraine under a deal brokered by the United Nations and Turkey to unblock Ukrainian sea ports, the Ukrainian infrastructure ministry said on Tuesday.

Wheat accounted for 17 percent and barley for 6 percent. Ukraine has also exported rapeseed, sunseed, soybean, and other commodities.

Ukraine’s grain exports slumped after Russia invaded the country on Feb. 24 and blockaded its Black Sea ports, driving up global food prices and prompting fears of shortages in Africa and the Middle East.

Three Black Sea ports were reopened under a deal signed on July 22 by Moscow and Kyiv and the ministry said these ports are able to load and send abroad 100-150 cargo ships per month.

Ukraine’s Agriculture Minister Mykola Solsky told Reuters on Monday that the country’s agricultural exports could rise to 6 million-6.5 million tons in October, double the volume in July, as its sea ports gradually reopen.