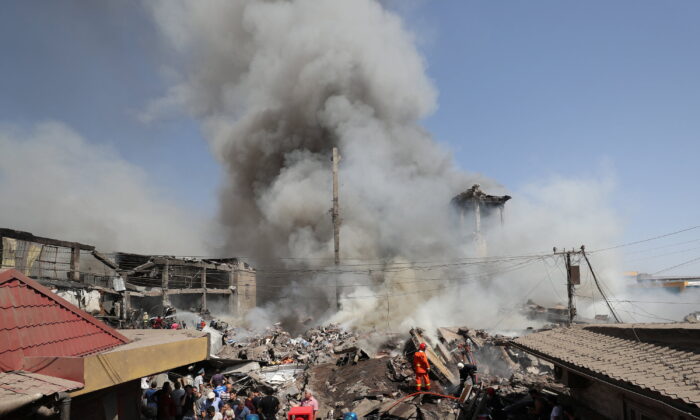 Smoke rises after blasts ripped through a fireworks warehouse in a shopping mall in Yerevan, Armenia on Aug. 14, 2022. (Hayk Baghdasaryan/Photolure via Reuters)
Asia & Pacific

Rescuers have recovered more bodies from the site of a fireworks warehouse blast in Armenia, raising the death toll from Sunday’s accident to 16, Armenia’s emergencies ministry said on Tuesday.

Seventeen people remain missing, it said in a statement, after blasts ripped through the warehouse in a shopping mall in the Armenian capital of Yerevan on Sunday, causing parts of the building to collapse and injuring at least 60 people.

Separately, the Armenpress news agency cited the government as saying it would declare a day of mourning after the rescue operation is over.