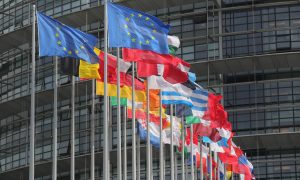 On Monday, September 24, nearly 200 villagers from Taiping Village of Chengdu City gathered in front of Hongpailou, the village government building. Villagers asked the authorities to release twelve villagers who were arrested because they went to Beijing to petition the government. That night, three detained villagers were released, but the others are still in custody. [1]

Huang Qi, founder of 64Tianwang.com, said that local governments including Chengdu City are making every effort to crack down on petitioners who go to Beijing before or during the 17th National Congress of the Chinese Communist Party (NCCCP). Huang observed that farmers have gradually realized that their social standing has only improved when they have fought for their rights ( weiquan ). The weiquan movement has changed its format from spontaneous individual struggles to a more organized and collective resistance.

Villager Wu Deyu told the The Epoch Times that, in mid-September, 45 Taiping villagers went to Beijing as a group. The authorities arrested most of them and sent them back. Some are still missing. The local government released18 of them on September 21, after the vllagers pressured them.

According to petitioners in Beijing, with the approach of the 17th NCCCP, the Beijing authorities together with the liaison offices of all provincial governments have intensified the suppression. Petitioners from across the country have been intercepted, arrested, detained, sent back to their hometown, and sentenced. Government officials have even set up illegal prisons where petitioners are detained and tortured.