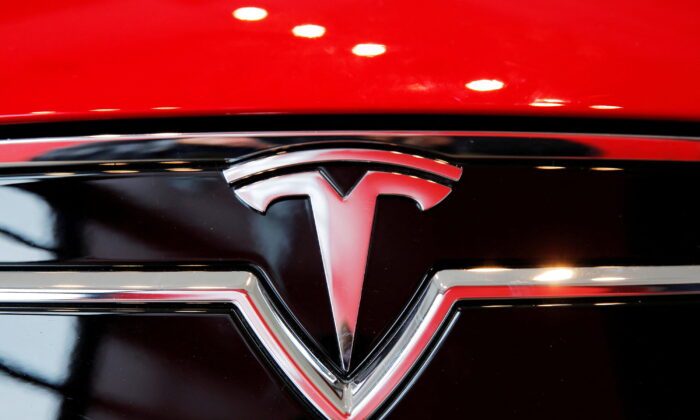 A Tesla logo on a Model S inside of a Tesla dealership in New York, on April 29, 2016. (Lucas Jackson/Reuters)
Media & Big Tech

“What we said during COVID about innovation solving problems will move into overdrive,” she told a webinar, with Tesla poised to “deliver truly exponential growth for many, many years” as it expands its autonomous driving programs.

Wood’s bullish stance on technology comes as yields of two-year Treasuries have moved above those of 10-year Treasuries in recent weeks, which is often considered a precursor to a recession.

Wood, whose ARK Innovation ETF was the top-performing U.S. equity fund in 2020, said that she expects “truly disruptive innovation” will come back into favor as investors turn to technology to solve economic problems.

Tesla is down 6 percent for the year to date, while Wood’s second-largest position, Teladoc Health Inc, is down nearly 26 percent over the same time.

Overall, ARK Innovation is down 36.7 percent for the year to date, a performance that puts it in the worst percentile among the 615 U.S. Mid-Cap Growth funds tracked by Morningstar. Shares of the fund rose 0.5 percent in afternoon trading Tuesday.

Investors have pulled approximately a net $791 billion out of the fund over the last three weeks, according to Lipper data.

That three-week losing streak was its longest since November.