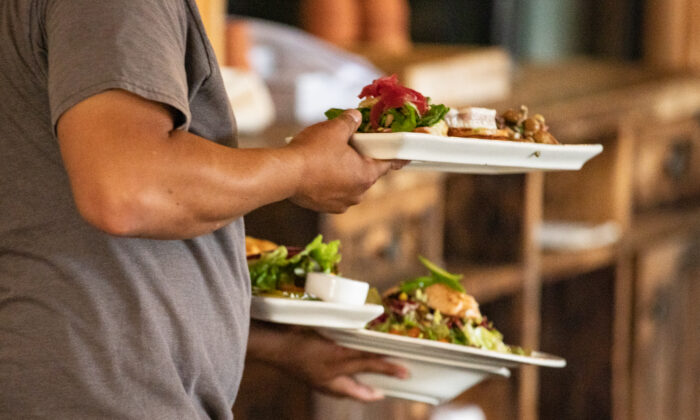 Arkansas Waitress Claims She Was Fired After Receiving $4,400 Tip Alongside Co-Worker

An Arkansas restaurant waitress was allegedly fired from her job after receiving a generous tip of $4,400 from a group of diners.

Ryan Brandt was one of two servers waiting on a party of more than 40 people at the Oven and Tap in Bentonville on Dec. 6, when each person left a $100 dollar tip for a collective amount of $4,400 for the two waitresses.

The tip was part of the group’s “$100 Dinner Club” which they made because they wanted to “bless the servers who waited on our party that night,” according to one member of the group, Grant Wise, who owns real estate company Witly.

Wise posted video footage on Instagram of the moment he announced the tip to Brandt, and explained that the other server had gone home early because they weren’t feeling well. The waitress can be seen breaking down in tears as he tells her she will be receiving the generous gratuity.

“Everybody at this table has contributed or tipped $100 for you and for the other waitress,” Wise said in the video. “We put it out to our social media channels, and we actually had quite a bit more money sent in, so we are tipping a total of $4,400,” Wise said as the table erupted in cheers.

However, what started as a heartfelt gesture quickly turned sour after Brandt claimed she was told by her manager that she would have to split the money with the rest of the restaurant staff who were not waiting on Wise’s table that night.

“I was told that I was going to be giving my cash over to my shift manager, and I would be taking home 20 percent,” Brandt told Fox KNWA, adding that in her three-and-a-half years of working at the restaurant, that had never happened before.

In a GoFundMe page that Wise has since set up to help Brandt “get back on her feet,” he claims that he called the Oven and Tap restaurant in advance of the meal, both to reserve a table and check its policies regarding tip sharing or tip pooling. After confirming no such policy was in place, he went ahead and booked his table.

But it was not his intention for the tip to be shared among all of the restaurant staff, he said.

“We went back to O+T and got the tip money back and tipped the servers directly outside of the restaurant to make sure they got their money. We tried to contact the owner in an effort to ensure that everything was going to be ok but were unable to connect with her outside of a few text messages that eventually stopped,” Wise wrote.

However, Brandt was allegedly fired from her job for violating the company’s policy by informing Wise about pooling the tips.

“It was devastating, I borrowed a significant amount for student loans. Most of them were turned off because of the pandemic but they’re turning back on in January and that’s a harsh reality,” Brandt said.

The Epoch Times has contacted a spokesperson for the Oven and Tap for comment.

“We then learn a few days later that Ryan, the main server in our video, was fired for telling us what O+T was doing. I proceeded to set up a GoFundMe campaign to help the server get through the next couple of months and to hopefully find a new job opportunity,” Wise wrote.

In a follow-up post published on Dec. 9, Wise explained that Brandt had since been offered a new job with a different local restaurant and had started her first shift on Dec. 8.

A spokesperson for Oven and Tap told Fox KNWA: “After dining, this large group of guests requested that their gratuity be given to two particular servers. We fully honored their request. Out of respect for our highly valued team members, we do not discuss the details surrounding the termination of an employee.”