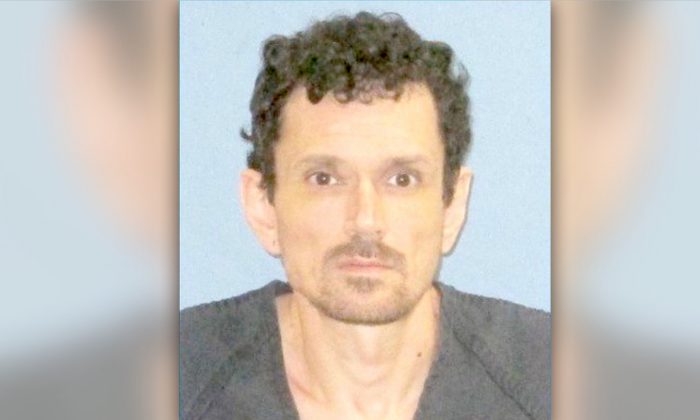 Briton Odell Miller faces numerous charges after allegedly striking his son in the genitals and locking him in a hot car in Little Rock, Arkansas, on Aug. 20, 2019. (PCSO)
Crime and Incidents

An Arkansas man faces criminal charges after police said he kicked his 10-year-old son in the genitals and forced him to sit in a hot car as punishment.

Briton Odell Miller, 41, of Little Rock, is facing a charge of second-degree endangering the welfare of a minor, reported KATV.

Witnesses cited by the ABC affiliate said Miller cursed and screamed at his son inside an Applebee’s restaurant on Tuesday, Aug. 20, kicking him under the table in the genitals.

According to witnesses and surveillance footage, Miller then dragged his son out of the restaurant, WDHD reported, and left the boy locked inside with the windows rolled up, telling him to “act right.”

Police told KATV the victim’s 12-year-old brother said their father routinely forced them into the car as punishment.

The boys were unharmed and released into the custody of Miller’s girlfriend, the report said.

Miller was booked into the Pulaski County jail.

The incident follows the arrest of an Arkansas mother and another woman after an unsupervised infant was left locked inside a hot car without air conditioning on Aug. 11, at a Neighborhood Market in Pea Ridge, according to the Pea Ridge Police Chief Lynn Hahn.

Around 2:30 p.m. the Pea Ridge Police Department received a call regarding the child locked in the hot car.

Prior to first responders arriving on the scene a group of concerned bystanders broke the window of the car and started working to cool down the infant, Hahn said.

“He was really hot. He had glass all over him but he wasn’t crying,” said Michelle Holt, according to KFSM.

Michelle and her husband Nathaniel Holt said they helped remove the baby from the car by using a brick to break the window.

“He was foaming at the mouth and he was spitting and I just kept telling him that he was really strong and just to stay awake,” Michelle Nathaniel said.

A mother is charged with endangering the welfare of a minor after leaving her baby in a hot car at a Pea Ridge Walmart.

This is Michelle Holt, who says she helped rescue and revive the child. #NWANews pic.twitter.com/UuvYzs5ulI

The Holts were cited in the report as saying they took the baby inside of the store by the deli in hopes of trying to cool him down as they waited for first responders.

The child was transported to Children’s Medical Center and has been listed in stable condition.