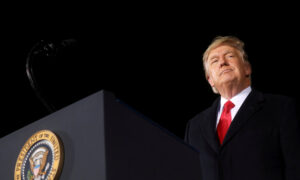 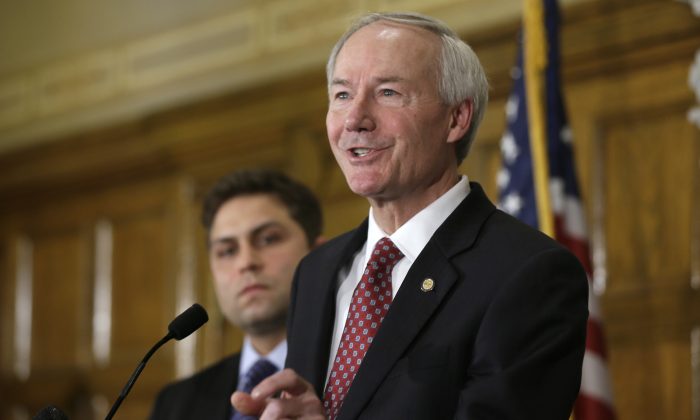 Arkansas Gov. Asa Hutchinson says he wouldn’t support former President Donald Trump if he runs for president in 2024, even as polls show that Trump remains highly popular among GOP voters.

“We got to respond to the people that like Trump,” Hutchinson, a Republican, said Feb. 21 on CNN. “We’ve got to respond and identify with the issues that gave him the first election and gave him support throughout his presidency.

“He’s got a good family, I’ve worked with Ivanka and others, and they love America, but I would not support him for reelection in 2024. We can’t let [Trump] define us for the future because that would further divide our country, and it would hurt our Republican Party,” he added in comments that are sure to draw rebuke from a number of Republican voters.

“He will only define our party if we let him define our party,” Hutchinson said of Trump. “That’s one of the reasons that my voice is important, others voices [are] important in this debate. … Sen. [Bill] Cassidy from Louisiana, those that have different points of view, still arch-conservatives, but a different voice for the future of our party.”

The twice-impeached former president was acquitted in the Senate on Feb. 13 of inciting an insurrection on the U.S. Capitol on Jan. 6, with seven Republican senators joining Democrats in voting to convict. Days later, the former president criticized Senate Minority Leader Mitch McConnell (R-Ky.), asserting that the Republican Party won’t recapture the Senate majority with McConnell as the leader.

Cassidy, a Republican, voted to convict Trump, and the Louisiana state Republican Party voted unanimously to censure him on the same day.

Trump, meanwhile, hasn’t declared whether he would seek the 2024 nomination.

“I won’t say yet, but we have tremendous support. I’m looking at poll numbers that are through the roof,” the former commander-in-chief said in an interview with Newsmax last week.

Trump was selected on Feb. 18 to speak at the Conservative Political Action Conference (CPAC), as a number of polls show the former president enjoying outsized support among Republicans.

According to a survey from Rasmussen Reports published last week, it found that 70 percent of likely voters said the recent impeachment proceedings against Trump either didn’t make much difference in their opinion of the former president, or they now have a better opinion of him. Another poll in February revealed that 36 percent of Republicans called Trump the best president ever, while 18 percent called President Ronald Reagan the same, 13 percent called President Abraham Lincoln the best, and 11 percent said the same for President George Washington.

Officials at Trump’s Save America PAC didn’t immediately respond to a request by The Epoch Times for comment.