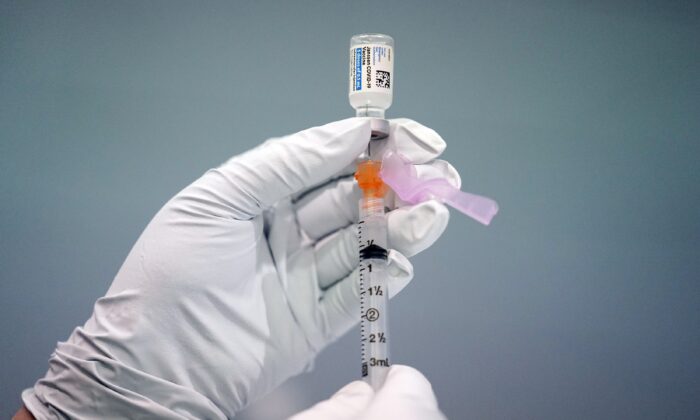 A member of the Philadelphia Fire Department prepares a dose of the Johnson & Johnson COVID-19 vaccine at a vaccination site setup in Philadelphia on March 26, 2021. (Matt Rourke/AP Photo)
By Jack Phillips