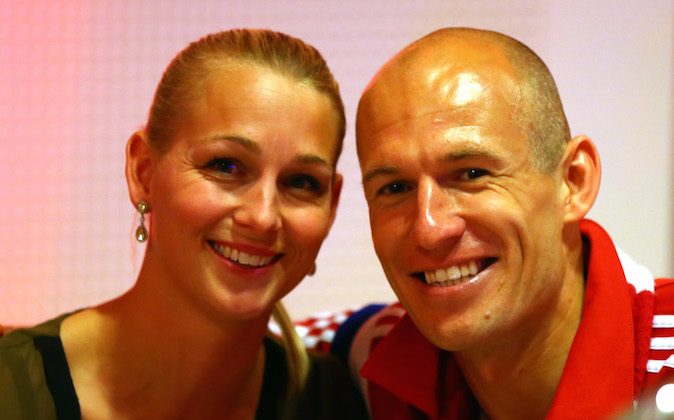 The 2014 Brazil World Cup is in the group stage, and fans will be wondering about the wives and girlfriends (WAGs) of the various soccer superstars.

Arjen Robben, the Netherlands forward who terrorized Spain’s defense in his nation’s 5-1 mauling of La Furia Roja, is happily married to Bernadien Eillert.

Arjen and Bernadien met in high school in 2000, and the high school sweethearts got married in 2007.

The couple have two kids, Luka and Kai.

Check out an Associated Press article on Netherlands and Australia.